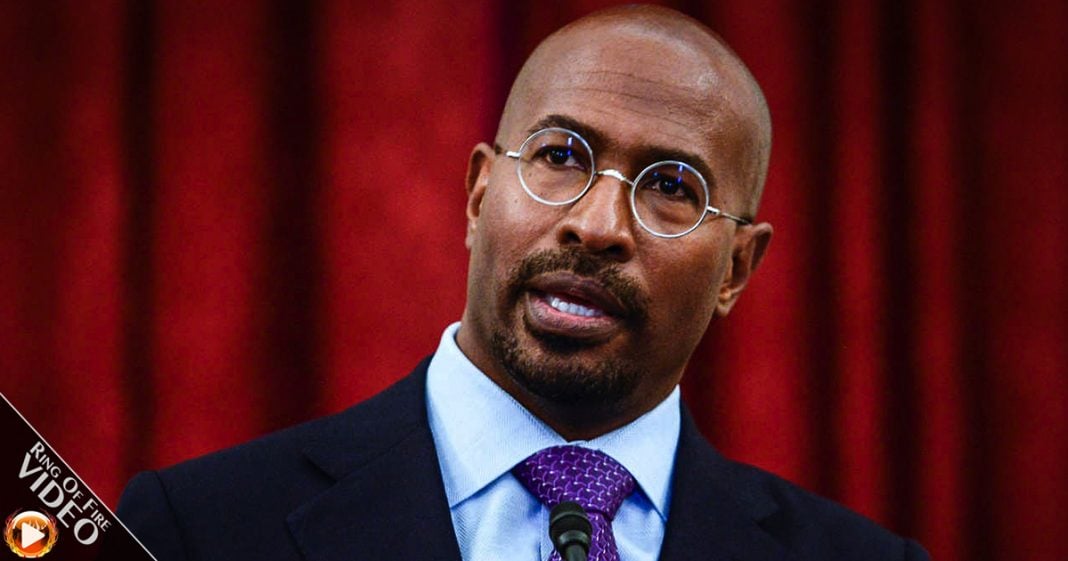 CNN’s Van Jones sees the sea change happening in both the Democratic Party, and in the country as a whole, and as a result of his observations, he understands that the Democrats need to abandon their centrist ways and embrace Progressive policies if they want to remain relevant in American politics. Ring of Fire’s Farron Cousins discusses this.

On the Sunday morning talk shows this past weekend, CNN commentator Van Jones made it absolutely clear that the Democratic Party has to move beyond the days of Clinton, both Hillary and Bill Clinton. Specifically, Van Jones called out the fact that the Clinton Administration and Democratic policies basically since the Clinton Administration had thrown black people under the bus with their calls for prison reform, mass incarcerations, and they threw workers under the bus with NAFTA and other disastrous trade deals, and the Democratic Party’s overall embrace of corporatism since the days of Bill Clinton.

Listen, the Democratic Party in the 20th Century became the party of working class America by fighting against corporate interest and making sure that workers and average citizens and the underclass were completely taken care of so that they didn’t slip further into poverty or fall into these horrible health crises. That’s what the Democratic Party built. It began earnestly with FDR and continued on since then until the days of Bill Clinton. That’s when the party shifted a little bit more to the center. It happened again with Barack Obama even though he promised us hope and change. He brought us nothing but liberal corporatism. That’s why the party is in the situation that it is today.

What massive gains has the Democratic Party had since the days of Bill Clinton? Sure, we elected the first black president, and then what? Then what happened to American workers, to America in general? No huge progressive gains as a result of President Obama. All of the gains that have been made over the last recent years were through voter powered initiatives at the local and state level. The Democratic Party needs to take a page out of these local playbooks because those people actually understand that progressivism wins, progressivism is popular with both Democrats and Republicans, and when you keep corporations, corporate influence out of it, you can achieve great things. That’s what Van Jones was talking about, that’s what Bernie Sanders has been talking about, and that’s what the entire Democratic Party needs to wake up and realize if they want to remain relevant in today’s political culture.