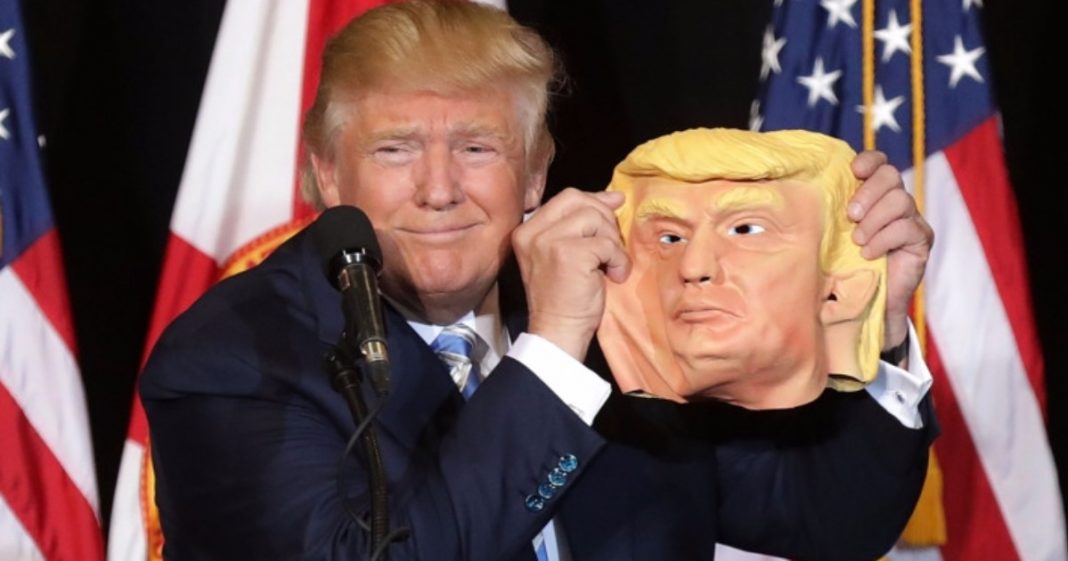 No, this isn’t the Onion; the Onion is a bit more nuanced than this.

This story is 100% true, and brought to you by two pranksters who decided to have a bit of fun by heading to their local Lowe’s Home Improvement store on Sunday and beating the mess out of each other while wearing Donald Trump masks and boxing gloves.

Eyewitnesses said that the two entered the store and began shouting before wailing on each other – seemingly not pretending when it came to the blows. The two knocked over items on the shelves during their fight and continued to shout, “Donald Trump,” as they did.

Eyewitness Michael Willis shared his account of the event:

“All of a sudden, they started holding their hands up, jumping up and down, and they had boxing gloves on. And they started beating the devil out of each other and hollering ‘Donald Trump! Donald Trump!’ And then one of them fell and knocked some stuff down in the aisles, and the other one jumped on him, started hitting him in the face. I mean, these people, they were hitting. If they was acting, they was doing a good job on it.”

Reportedly, a third person was filming the fight, a video that many would likely pay quite a bit to obtain as the story sounds so hilarious.

No one was arrested in the incident, though when the two characters fled the scene, one dropped his keys.

Willis was holding the keys and when the young man came to retrieve them and Willis chastised the man. The prankster told the man that they were playing a prank for fun.

Police were called to the scene, but neither prankster was apprehended.