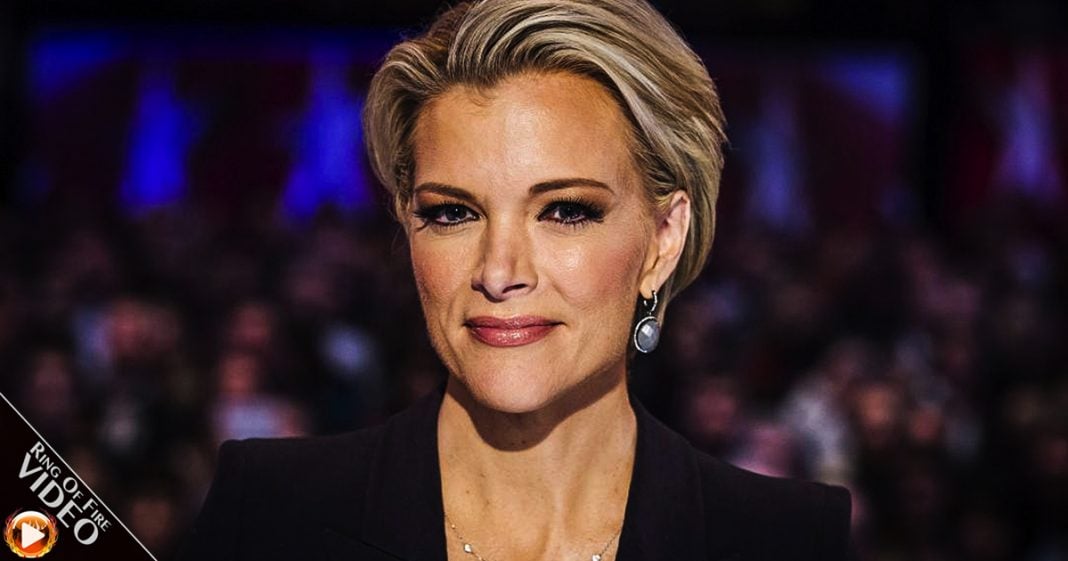 Megyn Kelly will be leaving Fox News to join NBC as a host, proving that the network has not only decided to embrace the alt-right, but also that they’re preparing to normalize the Trump presidency. Ring of Fire’s Farron Cousins discusses this.

It was announced earlier this week that Megyn Kelly, after 12 years with Fox News, will be leaving the network to move to NBC. A lot of people are very unhappy about this, and you really should be. NBC and MSNBC for years have been claiming to be the progressive, Liberal, Democratic alternative to Fox news, and here we now have the NBC network hiring Megyn Kelly to host a political show and an in depth Sunday interview show for the network, which means they’re moving once again further to the right. Part of this could easily be due to the fact that NBC and MSNBC are losing ratings like crazy. They were all in for Hillary Clinton, weren’t able to push her over the edge, so now they’re going further to the right so that they can suck up a little bit of that Donald Trump audience, even though Megyn Kelly and Donald Trump don’t exactly get along.

They still want to bring in those conservatives because those are eyeballs and eyeballs equal advertising dollars. That’s what this has to do with, but in reality, aside from advertising, aside from getting the higher ratings, what NBC is doing right here is normalizing the alt right and Donald Trump.

Megyn Kelly is racist. There is no other way to say that. This is a woman who just three and a half years ago asserted with all sorts of confidence that both Jesus and Santa Claus are white. Don’t know why she had to throw Santa Claus in there. It’s a mythical figure, so it could be anything that anybody wants it to be, and Jesus was actually Middle Eastern, not white. That aside, she has also tossed a little bit of blame out for victims of assault, women who get assaulted either sexually or domestically, saying — Well, you gotta, you gotta avoid those situations. You gotta not put yourself in those kind of situations.

That’s what NBC gets with Megyn Kelly, and this is coming from a woman who claims that she was sexually harassed by Roger Ailes during her time at Fox. She is one of the most hypocritical people on the network, and furthermore, I know some progressives seem to like Megyn Kelly every now and then, but she is a true to heart, honest to goodness conservative in every way imaginable. Just because she’s not an idiot doesn’t mean that she is not a hard-core Republican that is constantly going to fight for everything the Republican party wants to do, which is basically screw over average citizens and consumers and anyone in the 99%, and that’s what NBC gets when they hire Megyn Kelly.

Essentially, she’s just leaving one sinking ship at Fox News for the sinking ship that is NBC, a network that has already hired Greta Van Susteren and who had Gretchen Carlson fill in on an episode of Today Show earlier this week. NBC is moving further to the right every day literally. The best thing that people can do is turn it off. After all, this is the network that put Donald Trump in the national spotlight by letting him host The Apprentice, so everyone watching, please NBC is done. No more NBC. No more MSNBC. Turn it off. Go find something else. They’re moving further to the right, and they’re leaving the rest of us behind.