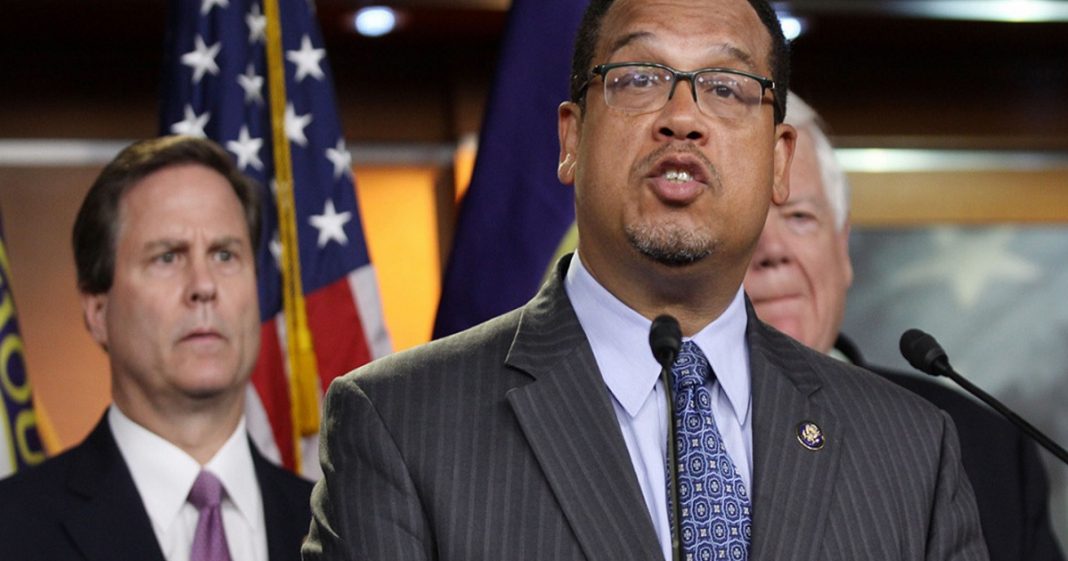 In a political party that is centered around a crisis of identity, there may be no better inspiring figure to pull the once great Democratic party from the wreckage than Minnesota Congressman Keith Ellison.

Ellison, besides embodying most progressive ideals, also has an inspiring bit of star power that has many thinking of another black Democrat who rallied millions: President Barack Obama.

While the twos’ politics are quite different – and in fact, it seems clear Obama does not favor Ellison for DNC chair – they do have a similar characteristic which has many progressive Democrats hopeful that Ellison could revive the party in a unique way.

“People who think it’s obviously absurd to believe that a black Muslim from Minneapolis can help Democrats win white working class votes in the Midwest would probably be fascinated to hear about what a black guy from Chicago named Barack Hussein Obama managed to pull off.

If anything, one lesson of Hillary Clinton’s campaign should be that in today’s circumstances, white Democrats may actually have a harder time explicitly crafting a message that crosses racial lines. While African-American and Latino politicians can start from a position of security regarding the Democrats’ base among people of color and then make the case for their agenda as serving all people, white Democrats risk tying themselves up in pretzels of contradictory appeals.”

Ellison himself has spoken on this subject, though not in reference to himself. Ellison spoke out in recent weeks about how there need not be a battle between working class politics and racial politics in the party.

Ellison is confident that under his leadership, the party can be big enough to pay special attention to both – which is exactly how it should be.