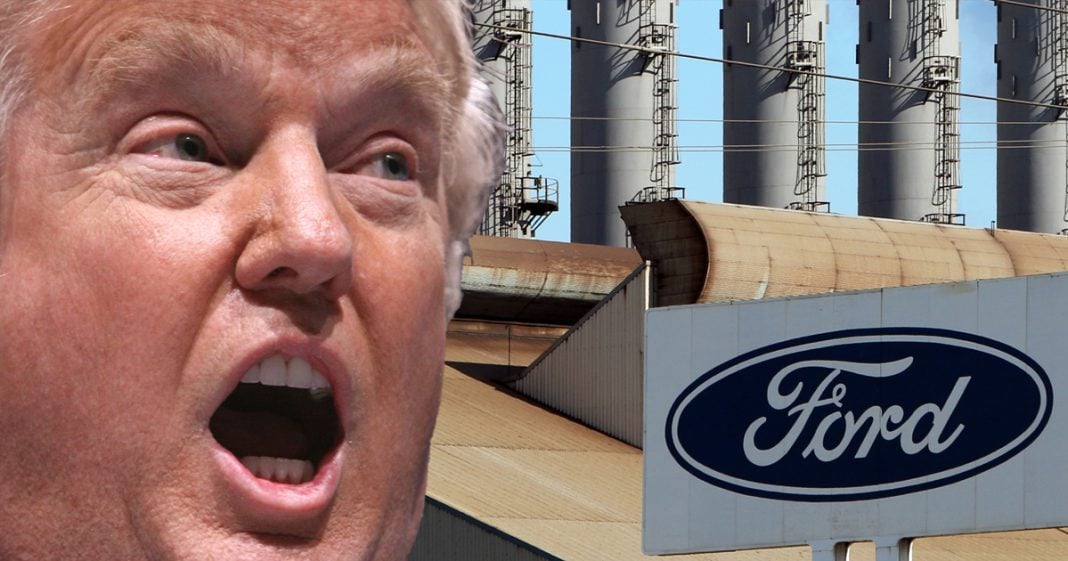 On Tuesday, it was announced that U.S. car manufacturer Ford would be canceling their planned building of a plant in Mexico, citing a shift in what consumers are demanding as reason for the decision.

This news comes on the wings of recent action by Trump, who has made it clear that he is intent on keeping U.S. companies within the nation’s borders. But as higher-up Ford executives explain, the decision was not motivated by the incoming president’s actions.

Ford CEO Mark Fields told CNN’s Poppy Harlow during an interview on Tuesday that the incoming president had nothing to do with the business decision.

“We didn’t cut a deal with Trump. We did it for our business.”

According to insiders, the plant that was planned for Mexico was to be a manufacturer of cars and other smaller vehicles. Thanks to relatively low gas prices and a stable economy, many consumers across the U.S. are much more interested in buying trucks and SUV’s, making it a bad time to boost car manufacturing.

The original plan to build the plant in Mexico was announced last year, and was expected to cost $1.6 billion to transfer production of the Ford Focus from Michigan to Mexico. Now, Ford plans to expand its factory in Michigan, but will continue its plan to export the Focus at an existing plant in Mexico.

Despite Field’s assertion that Trump played no role in the decision, he did cite the incoming political and economic climate he expects from Trump’s presidency as part of why he felt safe killing the plans. But of course creating a political climate and actually speaking out to make something happen are two different things.

Additionally, with the positive press Ford receives from this move, as well as the significant cash saved, this appears to be much more of a P.R. move for the car company than for the incoming president.