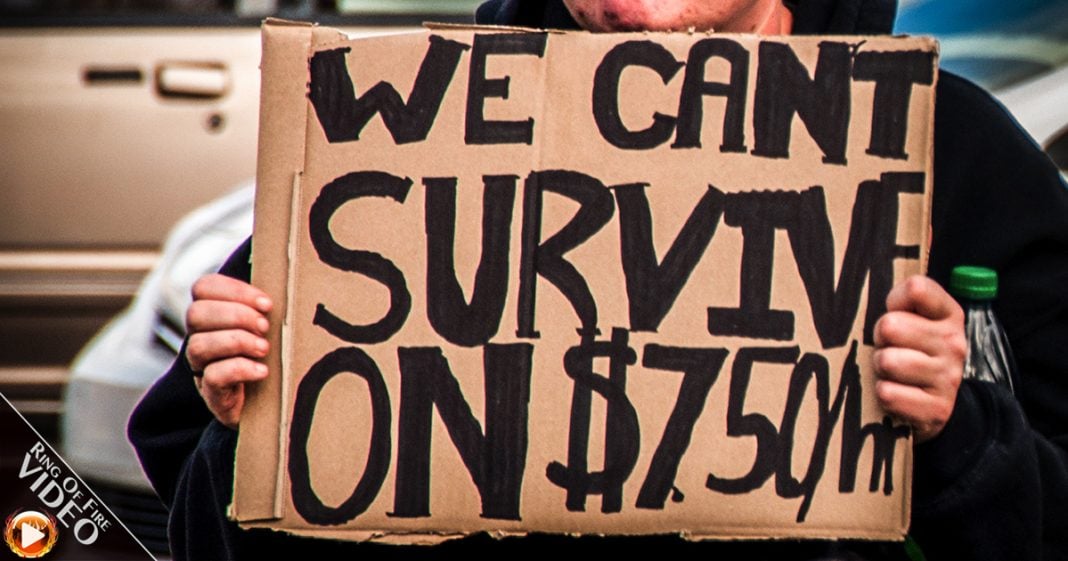 Areas all over the country approved minimum wage hikes during this year’s elections, and corporations are not happy about it. That’s why they are going behind the backs of the voters, and fighting against the Constitution, in order to repeal these initiatives with the help of Republican politicians. Ring of Fire’s Farron Cousins discusses this.

During the 2016 election, states like Arizona, Maine, Washington, Colorado, they all passed voter-driven initiatives to raise minimum wage throughout those states. Several other places including Cleveland and Cincinnati, did the same. There are places all over the country that did that as well. Well, obviously these were initiatives brought forth by the voters, passed by a majority of the voters, just like the Constitution of both the United States and the Constitution of the individual states wanted to happen so that people actually had a say in what went on in this country legislatively.

Obviously this doesn’t sit very well with corporations, and right now, just a few months after the 2016 election, corporations are fighting back in a very big way and they’re doing it through local area chambers of commerce. States like Arizona and Maine right now are using their local chambers of commerce to file lawsuits to stop these minimum wage increases with the courts. They’re working with republican governors like Paul LePage up there in Maine, to try to get these voter-passed initiatives from ever seeing the light of day so that corporations don’t have to pay their workers a couple of extra dollars per hour. Now, before we get into how absurd this is, let’s point out that other states, other cities that have increased the minimum wage have seen an increase in overall economic activity.

The companies that fought against raising the minimum wage in those areas are actually reporting higher revenues, higher profits, more productivity from their workers across the board, increases in everything that corporations want to see increases in. Why is anybody still fighting this? That’s the big question. They know, because they can look at what’s happening elsewhere that they’re going to make more money from this. What’s the deal? Furthermore, and this is the absurd part, we are allowing corporations to use our court system to circumvent the will of the American voters. Not only is that unconstitutional, but it should be illegal, flat out.

There shouldn’t be a single judge in these United States who agrees to hear one of these asinine court cases brought by a chamber of commerce or a corporate controlled republican politician. Nobody should agree to this because the voters voted on it, they passed it, that’s the law. That is how the United States works, that’s how it’s supposed to work, and that’s how it has to continue to work otherwise we do not have a functional democracy, we don’t have a republic, we have a fascist regime controlled by corporations, and that’s what they want. That’s what the Republican Party wants, and that’s why they’re playing along with these business interests and the chamber of commerce in order to repeal or at least temporarily halt these minimum wage increases because they don’t give a damn about the voters, they don’t give a damn about their workers. All they see is the bottom line.

Yeah, over 12 months they could make more money, but they see that over six months they’re going to pay out more than they’re going to get back in benefits and that’s what scares them. They’re not willing to sit around a couple extra months to make that extra money. They want it all right here, right now, because that’s all corporations think about anymore. They don’t see the long term because they’re too shortsighted and basically stupid to understand what is in their own best economic interest. We have case studies from all this country at this point. Any corporation that says that raising the minimum wage will hurt them is absolutely lying to you.