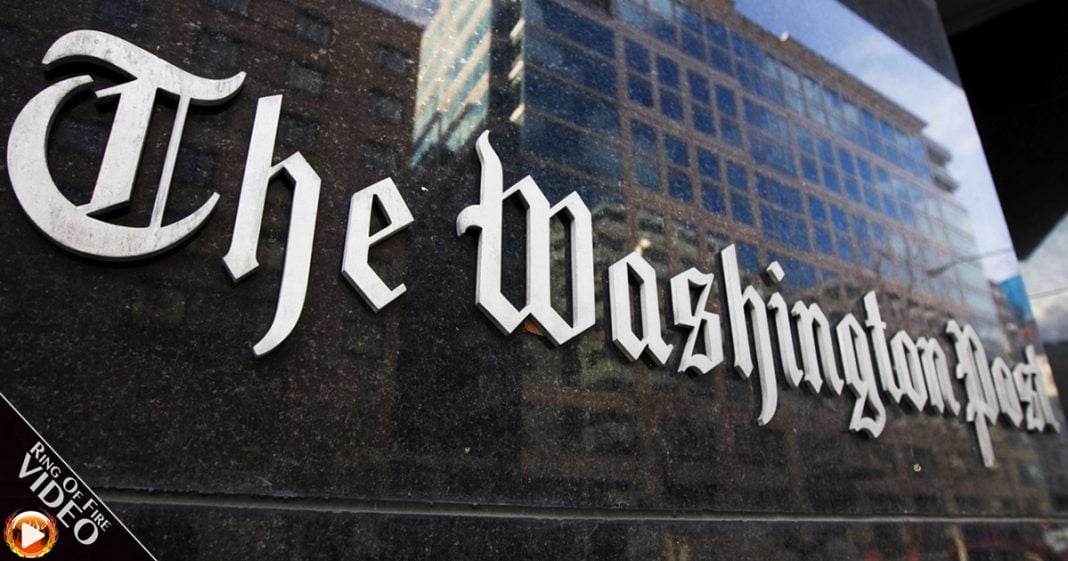 The Washington Post, which in the past had been one of the most revered papers in America, is pushing the “Russia Hacked The Election” story harder than anyone else, and their attacks have now spread to attacking media outlets like RT. They’ve done the same thing in the past during the so-called “War on Terror” and that didn’t end well for the American public. Ring of Fire’s Farron Cousins discusses this.

Over the New Year’s weekend, The Washington Post printed a story claiming that Russia had hacked into an electrical grid in the state of Vermont. As it turns out, that story was completely not true. What had happened was that the Department of Homeland Security sent out a notice to utilities across the country letting them know about a specific malware code that had been linked to hackers in Russia. Now, this utility in Vermont, did find that malware code on one computer that was not actually hooked to the electrical grid and it is a malware code that anyone could find on the internet so it’s impossible to say that it was directly related to any kind of Russian hacking.

Nonetheless, The Washington Post ran that article claiming that Russia hacked a US electrical grid, a story, again, that is completely false. This is not the first time that The Washington Post in recent weeks and months has printed something completely false trying to drum up support for some kind of US aggression against Russia. Furthermore, it’s not just Russia that they’re going after now. It’s RT America. RT Network. Specifically Ed Schultz, host on RT, and here’s what The Washington Post is doing. They’re trying to paint RT as some sort of propaganda tool for the kremlin but they’re linking RT and RT America as one in the same, which is actually not the case. They are two separate entities.

If you think about it, this is exactly what The Washington Post and other US media outlets and republicans in the United States did during the war on terror to Al Jazeera. During the Bush years, we were told by republicans and media outlets including The Washington Post in an article from 2008, that Al Jazeera was nothing more than a tool of propaganda for Al-Qaeda. Again, nothing could be further from the truth and the fact is that the Washington post was clearly just angry that Al Jazeera was able to report real news without having to go through corporate sponsors.

The Washington Post has lost almost all of their credibility long before these Russia stories even came out. Another big problem that we have right now is than absurd number of media outlets, including some progressive media outlets are claiming that Russia hacked the US election. That is not a true statement. When we’re talking about matters of foreign policy, specifically at a time when the US is retaliating against Russia, we can not use that kind of language. Nobody from Russia hacked the US election. The democratic national committee was hacked. That is not an election. There is no link between any hackers and vote tallies, vote totals throughout this country from electronic voting machines. That didn’t happen.

Words matter right now, folks. A single word is the difference between a fake news story and legitimate reporting. The Washington Post doesn’t quite understand that anymore. Now, there was a time in the United States when The Washington Post was one of the most revered media outlets in this country but that was decades ago and since then, that paper has fallen into almost complete obscurity because they’re not waiting to check their sources. They’re not worried about getting things right. They’re just worried about getting the story out there first and as we saw this past weekend with this Russian electrical grid hacking, being first isn’t always a good thing.