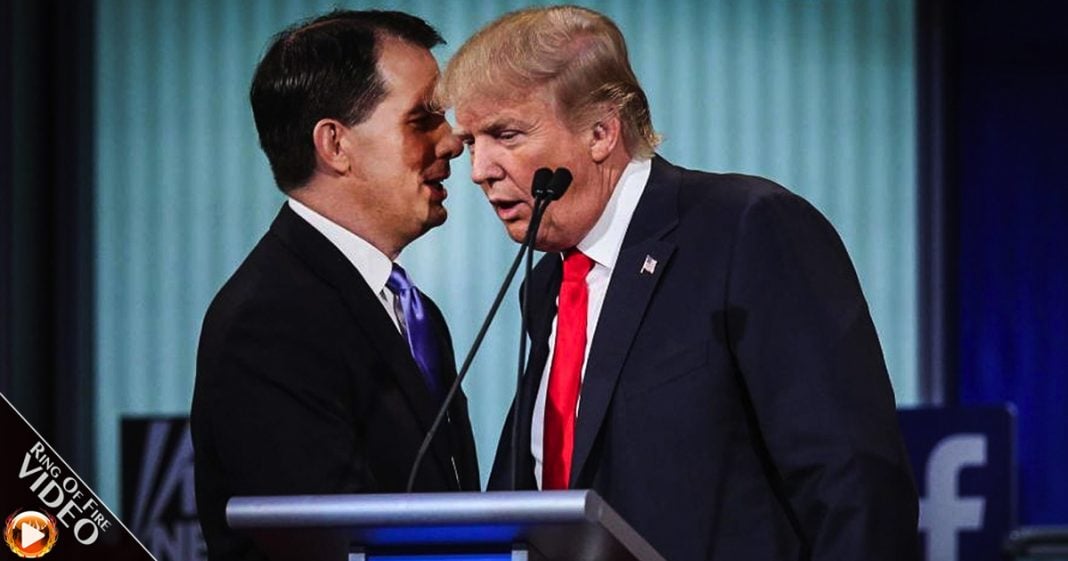 Republican Wisconsin Governor Scott Walker wants the power to drug test food stamp recipients, but the only way he can get that is with a presidential order, so he’s groveling to Trump to give him the authority to put his braindead plan into action. Ring of Fire’s Farron Cousins discusses this.

Republican controlled states across the country over the last few years, we have seen several Republican governors try to implement some form of drug testing for people on welfare, the poor basically. They want to drug test these people because they think that anybody who doesn’t make enough money to support themselves is obviously on drugs. One of the things that they have not been allowed to do is drug test food stamp recipients. Wisconsin republican governor Scott Walker is hoping to change all that and right now he is currently begging Donald Trump to change the rules on food stamp recipients so that Wisconsin can begin drug testing people who receive food stamps. It’s worth pointing out the fact that in every single state where welfare recipients have been drug tested, very few if any ever tested positive for drugs and in fact the states ended up spending more money on the drug testing kits than they ended up saving by kicking people on drugs off of these programs.

Here’s the problem with this line of reasoning from the republican party and Scott Walker. They assume that anyone in this country who is struggling or having a hard time or doesn’t quite make enough money is on drugs. What the hell is going on with that kind of republican thinking? This defies all logic and all reason especially when they have all of the available evidence pointing to the fact that they are 100% wrong on this issue and that this little push that Scott Walker is trying to get Donald Trump to approve is going to cost the state of Wisconsin more money than it would save them. That doesn’t matter to republicans because it’s all about shaming the poor. That’s what they’ve always been about. Back to Ronald Reagan’s 1980 campaign on the welfare queens. They want to demonize the poor. If you have a problem in your middle class life it’s because some lazy poor person out in America is living like a king while doing drugs all the time.

That’s what republicans believe. They don’t want to believe or face reality that the economy is just really, really bad. They don’t want to face the reality that American jobs are still disappearing and even though we had close to 80 consecutive months of private sector job growth under Obama, those jobs are not paying the bills. The cost of living in the United States is increasing at a rate much higher than pay is increasing. Don’t tell that to the republican party. No. If you have a problem, if there’s an issue with you not being able to pay your bills or buy food for your family, probably because you’re on drugs.