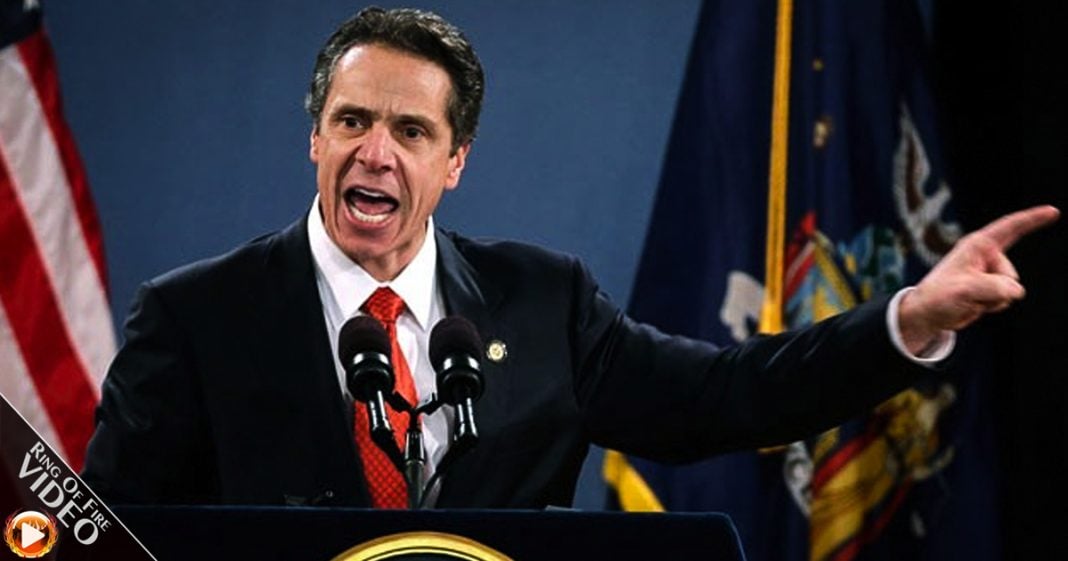 Democratic New York Governor Andrew Cuomo took a confusing step on New Year’s Eve, when he vetoed legislation that would have provided legal aid to poor people in the state of New York. Cuomo claims it was due to budget concerns, but the end result is that he’s denying citizens their basic Constitutional rights. Ring of Fire’s Farron Cousins discusses this.

On New Years Eve, New York’s Democratic Governor, Andrew Cuomo vetoed a bill that would’ve provided state funding for poor people to get legal aid if they find themselves in court. Now the reason Cuomo gave is because this legislation would cost the state over a period of years eight-hundred million dollars, six-hundred million of which Cuomo says were completely unnecessary. It’s unclear what he means by unnecessary. He did not go ahead and give us an explanation on that, but he did say that it’s just too costly and we can’t afford to let poor people have legal representation when they go to court.

The reason this legislation even came forward was because of a lawsuit brought by the American Civil Liberties Union. The group obviously very upset about the fact that people in New York could not afford legal aid and they were not getting proper representation in court, so they brought the lawsuit. Legislation goes to the New York Assembly where it passes unanimously with bipartisan support. Democratic Governor Cuomo still says, nope I don’t care if poor people cannot have access to legal counsel. It’s just too gosh darn expensive.

Well you know what? Maybe the state of New York can cut back on some of the subsidies that they give out to major corporations to move to their state. You know, you cut that money out, suddenly you can afford to give the less fortunate their constitutional rights. That’s the problem with this country today. It is a problem that infects both Republicans and clearly Democrats. We don’t care about ensuring that the American public has their constitutional rights because it’s going to cost us a little bit of money, but on the same note we’re willing to give billions of dollars to corporations for no freaking reason.

There is no reason to give a corporation a subsidy. There is no reason to spend seven billion dollars a year subsidizing the fossil fuel industry, who makes a profit of about 80 billion dollars a year combined in the United States. No, we can’t spend 800 million dollars to make sure that poor people have access to legal counsel. Yeah it’s granted in the Constitution but I got to go write a check to Exxon to make sure that they fund my next campaign. That’s the problem with American politics today.

Nobody, almost nobody, we have some people obviously, Bernie Sanders, Elizabeth Warren, but too few people are willing to stand up and say that this is wrong. Too few people are willing to stand up when a Democrat does this, a member of your own party, and say this is wrong. We need people to buck back the system. We need people to fight. It doesn’t matter if it’s somebody that’s supposedly on your side or not. You have to fight because we’re giving corporations everything they could ever want, and in order to do that we have to screw over the less fortunate.