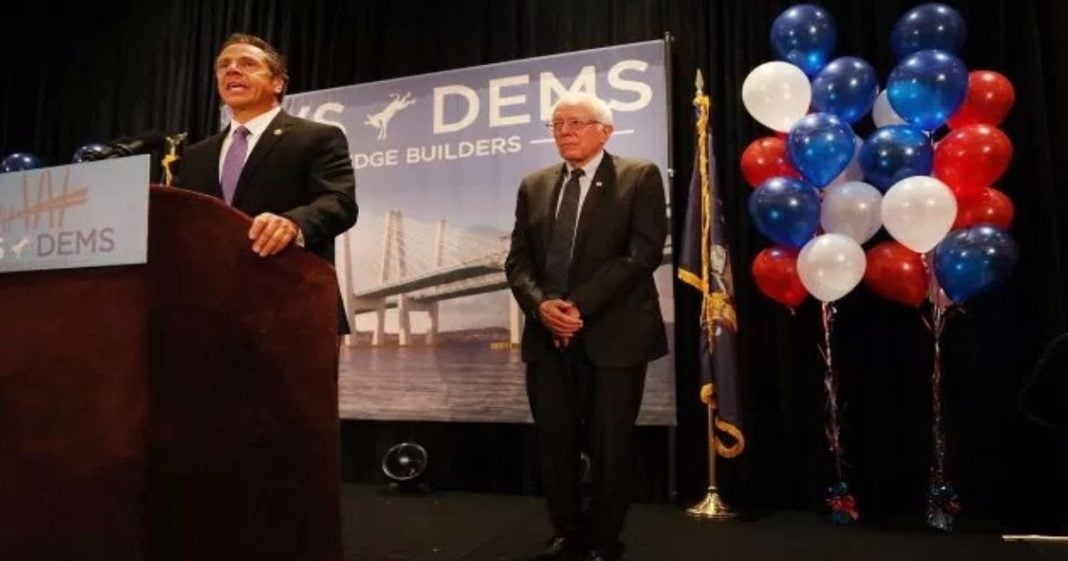 On Tuesday morning, Vermont Senator Bernie Sanders took a trip to New York in order to publicly support New York State Governor Andrew Cuomo as he called for the state to make all state and public colleges tuition-free.

At the LaGuardia Community College in Queens on Tuesday, Cuomo appeared beside Sanders to announce his legislation which would provide college free of charge to qualifying New York residents.

According to Cuomo, the legislation would apply to students whose families earn less than $125,000 per year, meaning that nearly one million families in the state would qualify for the free education.

As opponents of free college like to say – free college isn’t really free! But the price-tag of sending one million students to college free of charge is just about $163 million. Considering that we spend around $600 billion on the defense budget per year, this seems like a reasonable price to pay for a well-educated populace.

If implemented, New York state’s free college plan would be the first of its kind, a building block toward the campaign promises made by Senator Sanders during the presidential election.

Now, it is up to the lawmakers of the state to decide if the plan is the right one for their state. If passed, the rest of the nation will be watching intently to see if Sanders’ plan will fly or fail.