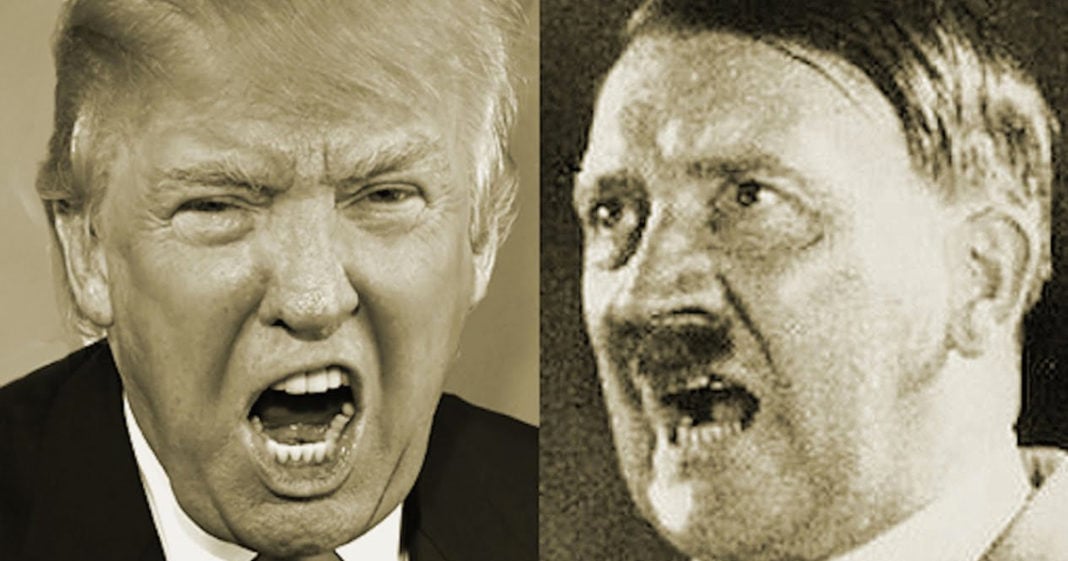 Though “respect” and “kindness” seem to be in short supply across the world today, one thing has been in high demand: Adolph Hitler’s antisemitic manifesto “Mein Kampf.”

Since the beginning of 2016 when the once banned book was released from its copyright and began to be printed for the first time in over 70 years in academic version devoid of images of Hitler or the Swastika, the book was immediately and alarmingly in high demand.

Looking around at the state of the Western world, this renewed interest in the political discourse and motivation behind one of the world’s most brutal murderers shouldn’t come as much of a surprise. And yet, we cannot help but be deeply disturbed by this growing trend toward extremism and “otherism” that has inspired this new consumption of the infamous book.

From the United States where a racist demagogue was elected on a platform of “kick them out,” and “make them pay,” to the increasingly strong right-wing parties in France and elsewhere whose singular message is “no more immigrants.” From the re-invigoration of white power groups in the U.S. to the decision by Great Britain to leave the E.U. based almost entirely on anti-immigrant sentiment.

As Hitler himself once said:

“If you tell a big enough lie and tell it frequently enough, it will be believed.”

And that is exactly what the so-called alt-right is banking on: that they can blame the world’s problems on brown immigrants so severely that they are handed control of the entire world. So far, it’s working.

In another quote attributed to Hitler, we can’t help but think of our future president in the echoing words of the infamous dictator:

“The receptivity of the masses is very limited, their intelligence is small, but their power of forgetting is enormous. In consequence of these facts, all effective propaganda must be limited to a very few points and must harp on these in slogans until the last member of the public understands what you want him to understand by your slogan.”

Nearly everywhere, there is a growing feeling that those who do not belong may never belong, and that the one thing that might restore order and happiness to the majority of the population is a return to racial purity and uniformity.

It is an incredibly dangerous shift, and there does not seem to be a way in sight to bring a stop to it, at least not yet.

The only hopeful outcome from this increased interest in Hitler’s infamous novel is the hope that maybe those who obtain and read the book will learn a bit more about the dying history of World War II and the Holocaust. The academic versions of the book released in the last year sought not to glorify Hitler’s political beliefs, but to show the lack of intelligence that Hitler’s rationale contained.

“Its annotated version, with thousands of academic notes, will aim to show that Mein Kampf (My Struggle) is incoherent and badly written, rather than powerful or seductive.

Many Jewish groups have welcomed this particular publication, saying it is important to have access to a critical edition to help explain the Holocaust, reports the BBC’s Damien McGuinness in Berlin.”

As those who survived the camps and saw their family members murdered dwindle, we risk forgetting the inhumane atrocities committed across Europe under Hitler’s control. As they say: those who do not know their history are doomed to repeat it.

As we creep closer to our own authoritarian nightmare, may we hope that education and history will slow the almost ceaseless march toward hate and violence.