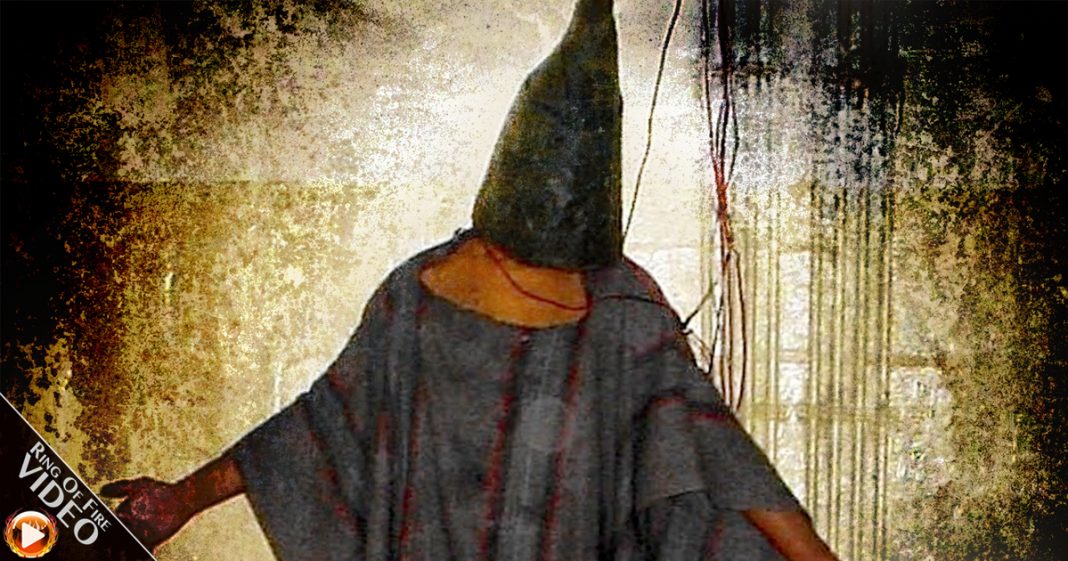 We know a lot about the torture policies of the US government during the Iraq War, but there’s still a lot that we don’t know. Luckily, a new book by a former NSA expert shines an even brighter spotlight on just how bad the torture was during those years. The issue of torture has also been covered extensively by The Intercept, and Ring of Fire’s Farron Cousins talks to Cora Currier from The Intercept about it.

Farron: Cora, you’ve got a fantastic new article out on the Intercept.com, “The Secret NSA Diary of an Abu Ghraib Interrogator”. The article focuses mainly on Eric Fair. Tell us who Eric Fair is.

Cora: Eric Fair is a former US interrogator. He worked in Iraq for a military contractor, CACI, around 2003, 2004. He subsequently went public with concerns about the interrogations that he had conducted and those that he had seen that he believed amounted to torture. He wrote a book, a memoir of his time in Iraq and at Abu Ghraib specifically that was called “Consequence”. That was published last month. It’s a great book, really moving, really upsetting memoir detailing the way that he and other people had treated Iraqi prisoners. He has become something of a whistle blower on torture issues.

Farron: When his book came out, what were some of the new kind of revelations, I guess, that we learned beyond what we had already known had happened in places like Abu Ghraib?

Cora: I think the point of his book was that, as he put it in another op-ed, that Abu Ghraib was portrayed by the military and by defenders of the sort of system of the way that prisoners were … The US detention system in Iraq and Afghanistan and Guantanamo, Abu Ghraib was portrayed as this anomaly, these bad apples that went too far. His point in “Consequence” was that Abu Ghraib was not the exception, it was not an isolated incident in a well run detention system. He felt that systematically throughout the operations that he witnessed and was part of, there was a blatant disregard for the rights and even just the humanity of the Iraqis that they were dealing with.

I think what was really interesting in “Consequence” for me was that he talks also about the … You really understand the sort of slapdash way that the interrogations were being run at the time. He describes signing up to work for this contractor and just what a mess it was. They didn’t have the right weapons, they didn’t have the right security clearance. Security clearances were being handed out left and right. People were misrepresenting their experience. Nobody actually knew anything about Iraq or about interrogations or about intelligence.

He talks a lot about people that he knew for a fact were misrepresenting their experience and he would watch them climb through the ranks in Iraq. That was a really interesting aspect of the book. Then additionally he writes very movingly and very forthrightly about the impact that the US presence had in Iraq and the way in which people were being treated.

Farron: It’s very interesting because some of these issues that you’re talking about here, I remember that was back in the early days of Air America and Ring of Fire. Doing research and reading through these stories as they broke, a lot of the Abu Ghraib stuff, as you mentioned, was trying to be pinned on these few people, the people that you saw in the photographs. Names escape me at the moment, but it was their fault. They did it. This wasn’t systemic. This wasn’t anything that they were taught to do or told to do or authorized to do. It was just a couple people who acted out. They were going to handle it, don’t worry about it. We don’t torture.

Then further along the lines too, the issue of military equipment and security clearances. Those were things that we discussed back on Air America Radio back then that really got no traction at all beyond the very progressive media. They weren’t covered in the corporate media nearly at all to my recollection during the time. It is interesting now to see somebody who was there, Eric Fair, to come out and substantiate what we had been talking about a decade ago. It is a little bit vindicating for those of us who have been covering it that long, but at the same time it’s also terrifying because we look at this and we say, ‘Well now we know that this happened. Not only did it happen, it happened to a far greater extent than what we even talked about 11 years ago.’

Cora: I think, just stepping back for a minute, I think that it’s interesting the fact that Fair’s book is coming out right now when the country is still, we’re still having this argument about the efficacy of torture. As you said, we have Donald Trump out there saying that he’d bring back torture. He doesn’t even use the euphemism, he doesn’t even call it enhanced interrogation techniques. He’s right up there saying, ‘Yeah, I’ll torture people’, which is just astounding.

Also, we just had a slightly less hysterical, slightly more nuanced but I think just as dangerous argument about this over the Senate Intelligence Committee to report on the CIA’s detention and rendition program, which was completed in late 2014 and there was then a long declassification fight about it. The CIA is still arguing that it misrepresents what they did. It won’t be fully declassified. A court just ruled last week that the full report, which is 6,000 pages, it’s been released only in a very heavily redacted summary, can’t be, at least for now, can’t be declassified in full. We’re still dealing with these things. There’s still a historical record that is classified. The Senate report did sort of bring all this up again, this issue of people trying to argue over the efficacy of torture when it’s very clear that it doesn’t work. Whether or not it works should be beside the point. I think that we’re not done with this issue, unfortunately, even more than a decade on.

Farron: A lot of the problem has to do with some of these Republican holdovers that are still in the Senate, still in the House, that think that it’s perfectly fine to use these torture methods. I’m fairly certain that with the exception of Rand Paul everyone on those early Republican debate stages was all behind what Trump had to say about torture. Trump may have been the most blunt in what he said, but if you read the coded language of everybody else they still believe the same thing. It’s not like Trump is proposing any kind of new Republican idea here. They all like it for the most part, he’s just the one that’s not afraid to come out and say it. That’s a lot of the reason the Republican base clamors around this guy, is because they think he’s a straight shooter, when really he’s just saying what the Republican party has always brought us.

Final question here. What do we know today about these policies? Do we have any suggestion that these have continued or have we ended this, or do we know?

Cora: I mean certainly on paper we’ve ended them. There has been a return to, officially when Obama came into office, but even predating Obama. During the Bush administration there was a pullback of the interrogation techniques that were allowed to what’s in the Army field manual. Many people still argue that what’s in the Army field manual could be argued as contrary to some of the techniques authorized there like sleep deprivation and isolation could still amount to torture in certain circumstances. There’s still argument about that, about what’s qualified. I think a big issue now is that we are increasingly turning prisoners over to the Iraqi government, to the Afghan government. There’s a lot of argument right now about if US is taking prisoners in the fight against ISIS in Iraq for example, who are those people going to and what assurances do we have that they are not going to be tortured by a partner government. That’s still a huge issue and a really thorny one.

Then of course the Obama Administration extensively has a preference for capturing suspected terrorists, but as we know, in fact they’ve chosen to kill most suspected terrorists that they’re going after. We have the targeted killing campaign, the drone war and in Afghanistan high value targeting, which means that people aren’t being taken prisoner at all. They’re being killed.

Farron: Cora Currier, writing for The Intercept, keep up the great work. Pleasure speaking with you today. Thank you very much.

Cora: Thanks so much.