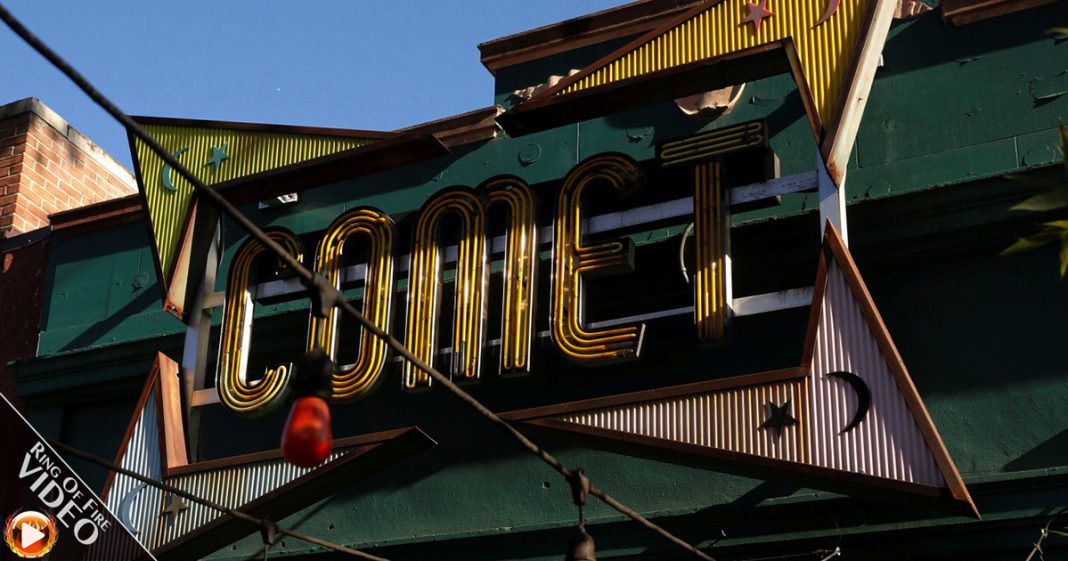 A new poll shows that almost half of Trump voters believe the nonsense “Pizzagate” story that was published by Brietbart, a scandal that allegedly involves Hillary Clinton and adviser John Podesta being involved in some sort of human trafficking / pedophilia ring. The Ring of Fire’s Farron Cousins discusses this.

According to a new economist in YouGov Poll, almost 50% of Donald Trump voters actually believe that Hillary Clinton and John Podesta are involved in some sort of pedophilia, sex trafficking ring in the United States. This all ties back to the Pizzagate story propagated by Breitbart News and 46% of the people who voted for Donald Trump actually believe that this story is real. Now there is absolutely no evidence, whatsoever, in any of the e-mails that Breitbart published to suggest that Podesta and Hillary Clinton are having sex with children or that they’re trafficking children for other people to have sex with. Let’s get that out of the way first. There is no evidence whatsoever. This is defamation at its finest.

These are outright lies being published by Breitbart News and anyone who says otherwise is absolutely brainwashed by right-wing propaganda, but furthermore, right now President Obama has signed into law a plan that’s already going into the works to create a government department, whose sole purpose it is to refute foreign propaganda here in the United States, to identify it and provide the correct information to the public so that they can understand what’s propaganda and what’s fact. That’s fantastic. Right? Let me tell you the real problem. The problem is not foreign propaganda coming into the United States. The problem is the propaganda coming from right-wing websites, like breitbart.com and Fox News for that matter.

Why don’t we create a government department specifically to deal with that? Because these are outright lies. Lies that could land Breitbart in a lot of legal trouble should Clinton and Podesta choose to sue them for defamation, which they absolutely should because New York Times v. Sullivan case sets the precedent. This is a very winnable case for them that could easily shut down Breitbart forever. We saw it happen with Gawker. There’s no reason why it can’t happen with Breitbart, but again, we’re focused on the wrong fake news story. We’re trying to go out there and stop Russian hackers from releasing e-mails, legitimate valid e-mails from the DNC, claiming that, that’s propaganda, when the real propaganda is coming from within our borders from sites like Breitbart.

That’s what we need to be focused on, but instead, everybody’s following the shiny object of Russia, this ridiculous misdirection and we’re allowing Breitbart, Fox News, Alex Jones, Rush Limbaugh, and everyone in between. We’re allowing them to pollute the minds of American citizens with this phony, bullshit news that, there’s no truth to it whatsoever. There’s nothing to backup these claims and it almost got people killed. Let’s not forget that. People almost lost their lives because of this nonsense Pizzagate story. If you ask me, that’s the real fake news problem that the United States needs to be tackling right now.