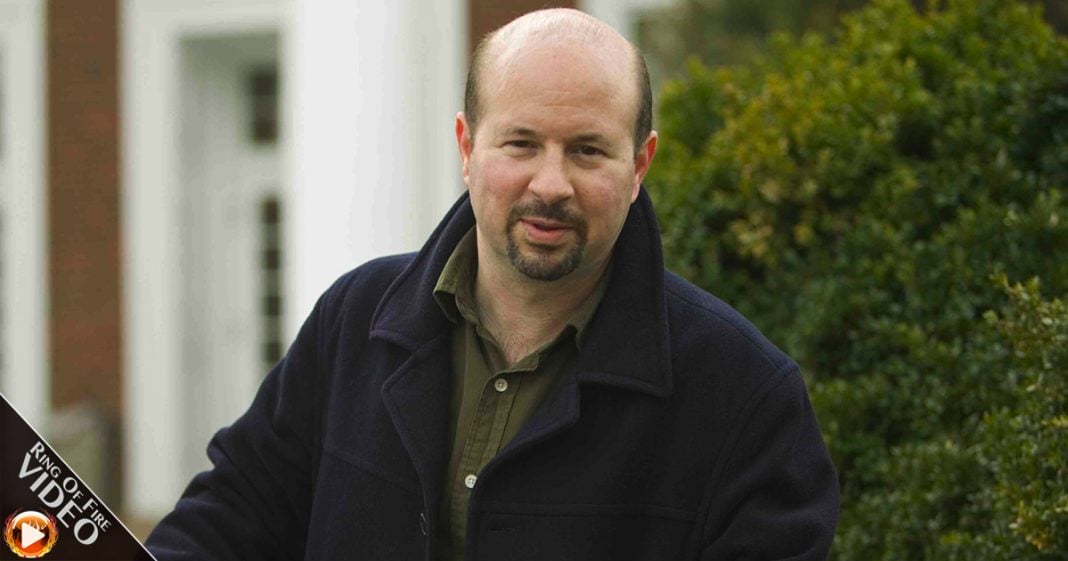 Climate scientist Michael Mann was given a huge Christmas gift last week when a Court of Appeals ruled that he could move forward with a defamation suit against two conservative writers for the Competitive Enterprise Institute who published lies about Mann and his research on climate change. The Ring of Fire’s Farron Cousins discusses this.

Last week climate scientist Michael Mann, one of the most world-renown climate scientists there is today, won a huge victory in a federal appeals court in Washington, D.C., when a court ruled that man can absolutely sue two writers with the Competitive Enterprise Institute who illegally defamed him a while back, I believe it was in 2012, when they compared Michael Mann, a climate scientist, to the former Penn State coaching staff guy Jerry Sandusky, who raped all the kids. These writers at this fossil fuel funded think-tank, Competitive Enterprise Institute, tried to say that someone like Dr. Michael Mann reporting on climate change, gathering data, was as bad as a pedophile. Now, my brain is not stupid, so I can’t figure out how they could even make that link or how those two things were related or why the name Michael Mann and Jerry Sandusky should ever be mentioned in the same sentence.

I do know this: this court ruling that Michael Mann can move forward with his lawsuit against these two writers is a massive leap forward for the environmental movement and for the entire fake news fiasco that we have going on in the United States. This lawsuit serves both purposes. Number one, because as we talked about about a year ago, fossil fuel funded groups are already trying to take climate scientists to court, not because they disagree with what they’re saying or to try to stop the information, but to drain their resources. This is laid out in a blueprint that they put forward about a year ago. That serves one purpose. Boom! Client scientists win.

The second, again, when we have this whole conversation about fake news, Breitbart, Competitive Enterprise Institute is right there with them. This lawsuit going forward, while it’s great for climate, it’s actually even better for the fight against right-wing fake news outlets. If Dr. Mann is successful, he could siphon a ton of money away from this fossil fuel industry funded group for these two writers and it’s going to send a message to every right-wing organization out there in this country that spouting fake news, that if you do this you’re going to go to court. When you go to court, you’re going to lose. You’re going to lose millions. You’re going to lose so much money, you’ll never be able to turn your computers on again.

That’s what needs to happen. That’s how we fight misinformation in this country. We don’t do it with some weird law that President Obama signs to try to fight propaganda. We do it in the the courts. As this court of appeals judge ruled, it is likely that what these two writers with the CEI did was illegal. Dr. Michael Mann is absolutely entitled to take them to court for this. I hope other people, John Podesta with the whole Pizzagate thing that Breitbart started. I hope you’re paying attention, because this is what you need to do against Breitbart to put them out of business. Congratulations, Dr. Michael Mann. You’re making great strides not only in the field of climate change, but also in taking on fake news. You have my full support. God bless you. I love everything you do. Keep up the fight.