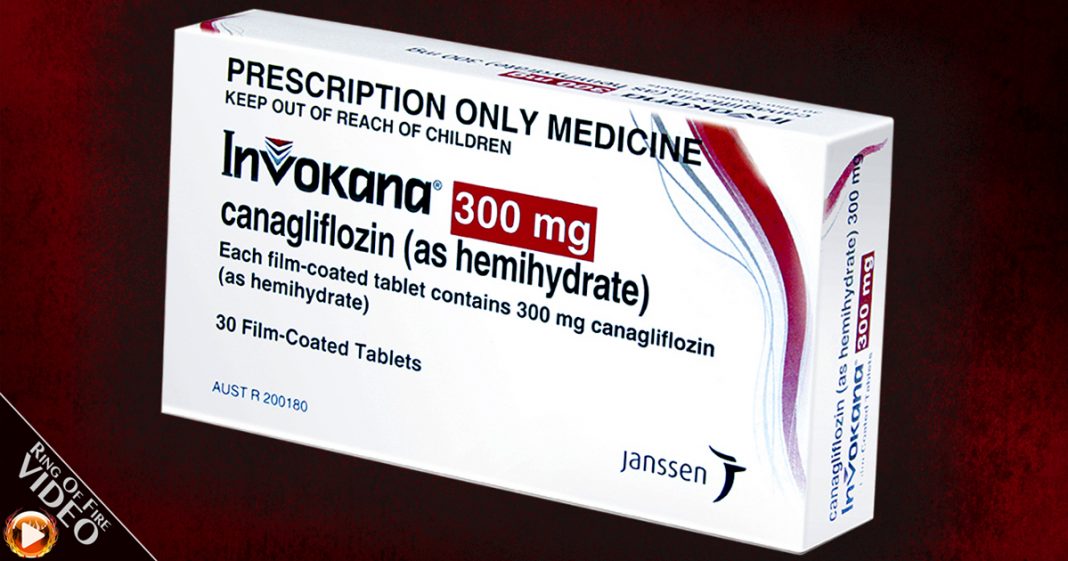 But one of the most popular diabetes drugs on the market has been found to have some deadly side effects. Ring of Fire’s Farron Cousins and attorney David Haynes discuss those side effects.

Farron: David, Invokana, a blockbuster diabetes type two drug, we’re finding out now it has a lot of negative side effects, as often happens with some of these blockbuster drugs. Before we get into those, real quick, just give us an overview of what Invokana is specifically used for as far as the diagnosis and things of that nature.

David: This is another Johnson and Johnson product which has become incredibly popular. They’ve put a lot of money behind it. It is a drug to deal with the control of diabetes, which of course is a condition that millions of people have. Diabetes has a lot to do with the acid levels in a particular patient, and this is an inhibitor of some of those issues and has helped to control the diabetes issues, but what we’re seeing is again, with real safety concerns with Johnson and Johnson being raised, and very serious concerns and a lot of very serious adverse side effects for these patients, where it appears that Johnson and Johnson has not properly tested this blockbuster drug before bringing it to market, and putting millions and millions of dollars behind their advertising instead of more clinical trials prior to pushing it out nationwide.

Farron: What’s really interesting is that Invokana commercials are very common on television, obviously because type two diabetes is becoming more and more common these days. In these commercials, as we’ve often seen, they show the happy people. Once they’re on the medication, they’re living their lives. They’re out there having fun. They’re barbecuing. They’re exercising. Then, in the real professional speak, they start giving all these, ‘Invokana may cause yadda, yadda, yadda, yadda.’

That’s what they do. There is a difference. The side effects are spoken at a high school grade level. The benefits of the drugs are always spoken at a grade school level. Study after study has shown that this is the way that these drugs are marketed.

When we’re talking about a drug like Invokana, we’re looking at something that is causing kidney failure, heart attacks, ketoacidosis, and this is a drug that is meant to help excrete blood sugar from the bloodstream through the kidneys. Those were just the first side effects we knew of. Now we’re starting to see things where people are losing limbs as a result of taking this medication?

David: Yeah, that’s right. That’s the latest FDA advisory that’s come out, is that there are a number of cases of amputation. Of course, diabetes patients can be prone to risk for amputation and loss of limb, loss of toes. A lot of times that’s where it starts, so if you have a serious diabetes condition, you have to always be cognizant of that, but the information that’s coming out in this recent clinical trial test, which the FDA has issued an advisory about and said that they’re going to be checking into further, is that the Invokana drug is greatly increasing the propensity for these types of amputations.

First, this is how the pattern for a lot of these drugs unfortunately has played out. Information keeps on seeping out about some of the concerns here, first starting with heart attacks, stroke, bone fracture, and things like that. Last year, those were the advisories that were coming out, and now more recently the amputation risk. The issue is that with a lot of these drugs there are side effects, of course, but the issue is whether the manufacturer, in this case Johnson and Johnson, have properly warned about the potential side effects so that the physician and the patient can make an educated decision about whether or not the drug’s pros outweigh the potential cons and the risk.

Johnson and Johnson has not properly warned of these risks, which now are only coming out after the fact, and that is really the disconcerting thing. Johnson and Johnson, who we think of it as such a household product and the baby to baby shower and talcum powder, which we’re learning a lot about cervical cancer there unfortunately, but it’s a household name. Obviously, with the systemic problems at Johnson and Johnson, it certainly appears that advertising and profit is a primary motive here, perhaps over patient safety.

Farron: You pointed out something very interesting there, and I want to expand on that just a little bit. That’s the fact that it’s not that the drug, or any drugs, cause side effects. Even ibuprofen and Tylenol can cause side effects. A lot of it has to do with the risk benefit analysis, the side effect of it versus what it does, but the most important thing, and this is where lawsuits come from, is what did the company know, did they hide it, did they properly deliver this information to physicians and patients. It’s when there is a cover-up, or when they did not disclose, that they face liability. It’s not just because their product isn’t doing everything it says. It’s because they knew it wouldn’t, and they hid the dangers. I think that’s something that the public needs to understand. People don’t just get sued for no reason. It’s because there was a cover-up, because there was no warning.

David: That’s correct. The warnings, and we see the fine print and so forth, but you wonder how much consumers really understand, as you say with the TV commercials, or you look in the weekly periodicals and things, and you’ve got all this fine print which of course goes over everyone’s head. A lot of it is education of the physicians as well. Instead, Johnson and Johnson is paying tens of millions of dollars in marketing the products for medical consultants, literally wining and dining a lot of physicians to the tune of a couple of million dollars in food and beverage expenditures for this particular drug, and so they’re glossing over a lot of these issues. Either they knew of the problems and they haven’t given proper warnings, or they didn’t do sufficient medical and clinical trials to determine what the side effects were.

If a black box warning goes on a particular drug, studies have shown that the prescriptions of that drug may go down by about 40%. That’s what these manufacturers don’t want, and so they’re making an oftentimes … Unfortunately, they’re making calculated decisions about whether it’s better to avoid the black box warning and take their chances on the liability side, and deal with the lawsuits that come as a result of the various injuries, amputation, stroke, heart attack, or death, versus having their drug, which they are talking about on their quarterly Wall Street conference calls, that this is great, ‘We’re getting great market share in this huge patient population for diabetes.’

That is the issue. Is the black box warnings appropriate warnings to the patients? The patients need that. Johnson and Johnson is a very sophisticated company. They need to be putting out all of the information that they have about these drugs so patients can make informed decisions.

Farron: As we’ve seen too many times, it always comes down to profits over patients, and that’s why people like you, the trial lawyers, Mike Papantonio, Howard and Michael Burg, all a part of this show, that’s why you guys are out there doing what you do every day, to help protect American consumers. We appreciate your work both in the courtroom and on this show, so David, thank you very much for talking with us today.