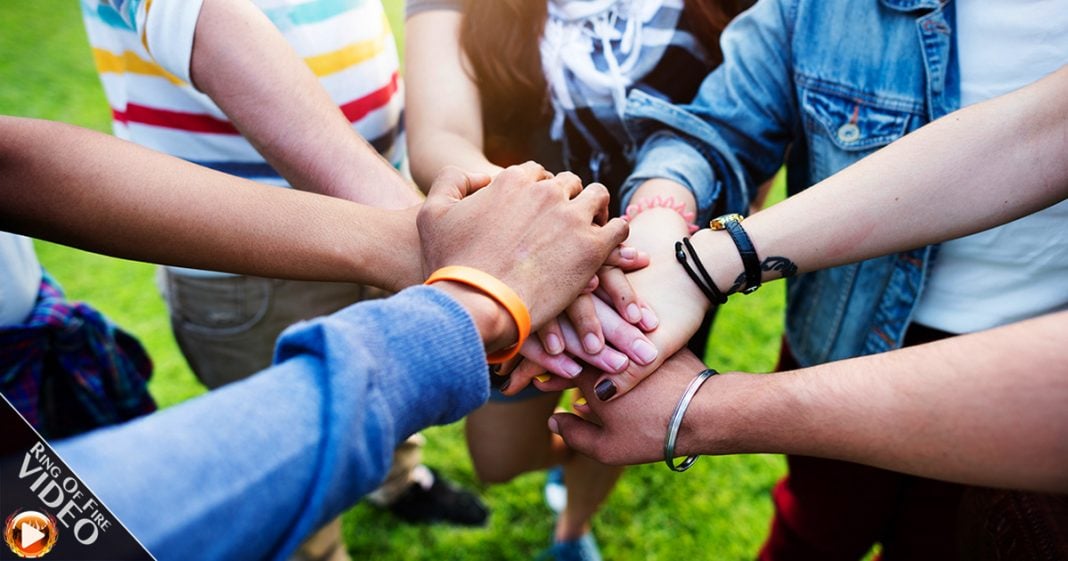 The Republican Party would do well by spending a few hours on a psychiatrist’s couch, as a new psychology study shows that the Party, and America as a whole, has lost empathy towards others, and that’s what’s driving the rise of fascist leaders like Donald Trump. The Ring of Fire’s Farron Cousins discusses this.

According to a new article in Psychology Today, there could be a reason why more and more Americans are actually voting for Republicans. Before we get into their study, it is important to point out that in the 2016 election more people voted for the Democratic nominee than for the Republican nominee, but this specific study was looking more as a whole, at the local level, at the state level, and for the U.S. Congress and Senate. Why are people going towards Republicans?

According to the study, one reason could be because Americans, as a whole, are simply losing their ability to feel empathy towards one another. Essentially, they no longer feel the pain of their neighbors, and they don’t care. Americans have become so self-absorbed, again this is what the study tells us, that we don’t care what happens to other people. We have not been nurtured by the federal government, the parent figure, and therefore we do not feel the need to nurture others.

This is rooted back in psychological studies that came out in the 1970s that showed that children whose parents were not nurturing, who were not involved, who did not take an active role in that child’s life and were met with what they call straight face instead of smiles and warmth, those children grew up to have far less empathy than those who had the nurturing parents. Essentially, this study is telling us, “That is what the federal government has done to the population of the United States.” People look to the government as a parent figure, someone who while not intrusive will take care of them when they need it.

Think about this. When Republicans cut the funding for FEMA, and they’re not able to respond as rapidly or in a larger scale to a natural disaster, people feel neglected by the government, but it’s because the Republicans want them to feel that way. When they cut education budgets, and teachers don’t get a raise, and students don’t get new textbooks, updated textbooks, people feel betrayed by the federal government. They feel that the federal government is not out there looking out for them. Same thing with Social Security cuts, and Medicare cuts, and Medicaid cuts, and Obamacare raising premiums, but those are things that Republicans want.

They want the government to not be there for you. They want the government to only respond when a corporation cries out for help, not when a single mother can’t afford to take her kids to the doctor, not when an elderly person has to work a minimum-wage job just to be able to survive. That’s not what Republicans care about, and they’re teaching the public to not care about it either, and that’s what this study is trying to point out.

I got to tell you, as somebody who’s been a student of psychology for a long time, this makes a lot of sense and it does help to explain the minds of Republican voters, which is something that I think is severely lacking in politics today. Yeah, there’s hatred. There’s anger. There’s all kinds of weird little things kicking around in the brains of Republicans, but it does go deeper than that, and this new study is just one step forward in what will hopefully be a very long line of these attitude studies that look at why Americans are flocking to the Republican Party, because once we identify the problem, that’s when we can begin to work to fix it.