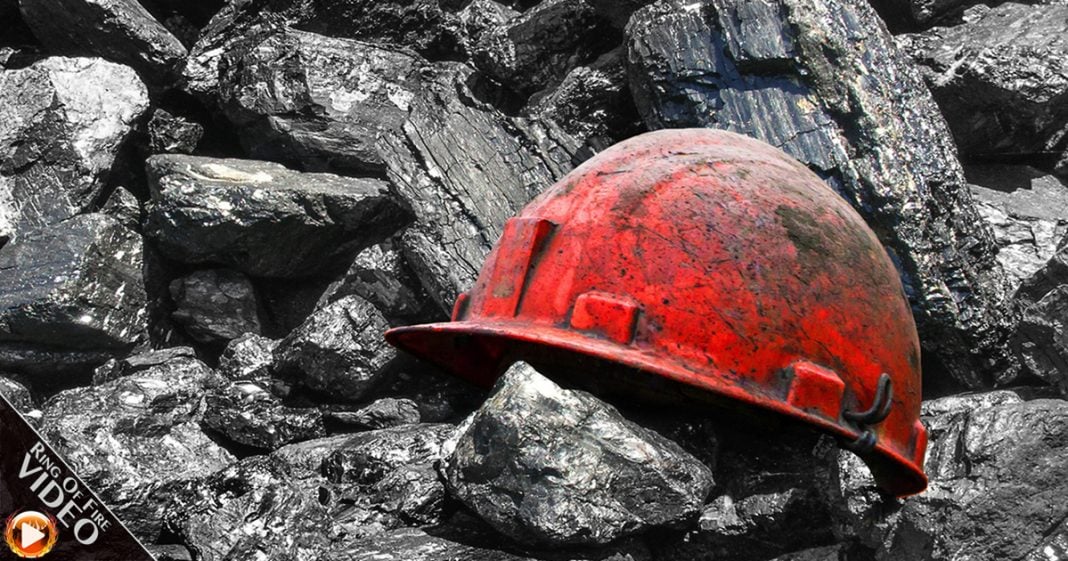 Be careful what you wish for. That’s the message that coal workers in the United States should have listened to when they decided to vote for Donald Trump because he promised to save their jobs, but now these same Trump-supporters are terrified about the prospect of losing their health insurance. It’s not as if Trump didn’t warn them that he wanted to take it away, either. The Ring of Fire’s Farron Cousins discusses this.

During his presidential campaign, Donald Trump promised workers in coal country that if he gets elected, he is absolutely going to bring back all of the coal jobs that have been lost during President Obama’s Administration. Now, before we get into the meat of this story, let’s just point out a fact. Global coal consumption is decreasing every single year. We simply don’t need more coal. Coal companies are filing for bankruptcy left and right. No fewer than three companies this year, major coal companies, filing for bankruptcy, and it had absolutely nothing to do with President Obama’s clean air rules, clean power plant rules, what have you. It all had to do with a decrease in demand for coal across the planet.

Donald Trump didn’t bother telling that part of the story to the workers in coal country, or for the coal industry who lost their jobs. He just said, ‘Vote for me. I’m going to bring it back.’ It doesn’t matter that he can’t bring back demand for a product that is outdated, but the people bought it up. They ate it up. They loved it. They said, ‘Thank god this man’s going to come and bring me my coal job back,’ but one other thing he promised that they weren’t quite paying attention to, he promised he was also going to repeal Obamacare. Now, those coal workers finally realized what that means, and they’re now terrified that not only are they probably going to lose their jobs, but now they’re going to lose their health insurance.

Now, it’s worth pointing out that Hillary Clinton at one point during her campaign, she eventually walked this back, but she had a 30 billion dollar plan for coal workers where she was going to retrain them to work in the renewable energy sector, so rather than losing their jobs working for coal they were going to get new jobs working for the renewable energy sector, jobs that were going to be sustainable and long-lasting. Again, she did walk those comments back, and that was the really one good proposal that I really loved from Hillary Clinton, and she almost immediately took it away, but that doesn’t mean that that specific plan could not be put into action for these people. We do have to take care of people that lose their job because they work for a horrible industry, and that is the way to do it.

Hillary Clinton had the blueprint. It doesn’t have to be enacted by her. It could be enacted by anybody, but somebody’s got to do it, because these workers were screwed over once already by Donald Trump with his false promises, and now they’re going to be screwed over by him again because he’s probably going to keep the promise to repeal Obamacare. We know the Republicans in Congress want to do it, and we know Donald Trump wants to do it, and we know that they have the numbers to do it.

Overall, 10% … Excuse me, of Trump voters there has been a 10% increase in the number of people insured under the Affordable Care Act, so if they repeal this, 10% of Donald Trump voters are going to lose their health insurance, not just the coal workers. This is across the country, and the saddest part is he told you he was going to do that, so it is hard to have sympathy for people who voted against their own self-interest, but I do still have some. Hopefully, you will take that lesson as we move forward into elections in the future, so maybe you’ll realize that hey, a vote for Republicans is a vote against everything that not only do I care about, but that I need to survive.