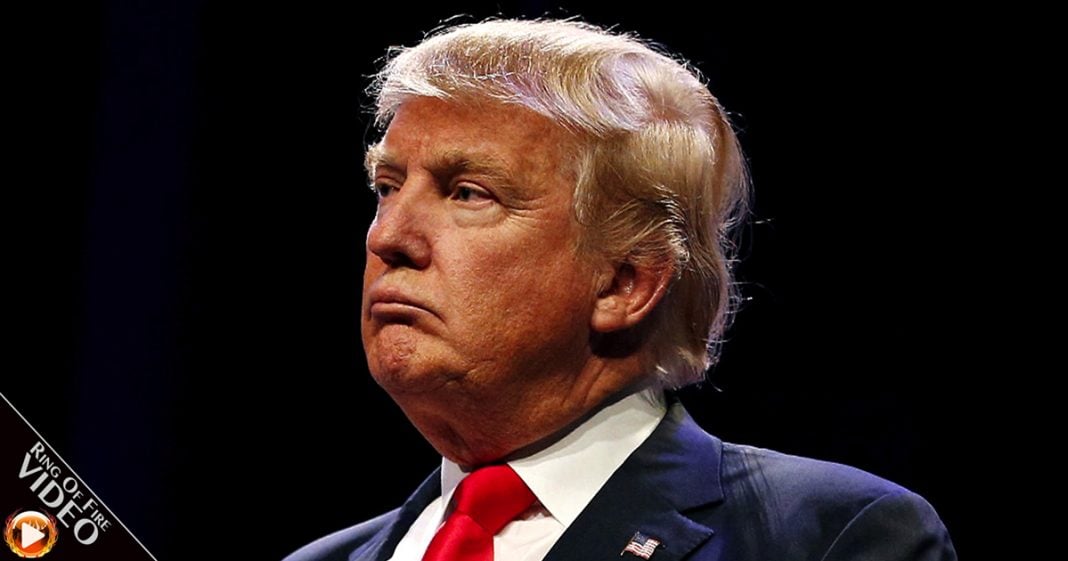 Donald Trump’s diehard supporters still swear up and down that the man is a populist, which only proves that these people are completely disconnected from reality. If you need evidence, take a look at his cabinet picks who are some of the wealthiest people to ever be put in these kinds of power positions. The Ring of Fire’s Farron Cousins discusses this.

If you spend any time on social media, perhaps saying something bad about Donald Trump, you have undoubtedly seen a Donald Trump supporter swoop in there and try to explain to you that Donald Trump is a populist. After all, during his campaign he kind of sounded like a populist every now and then. He sold that image to the American public and his supporters ate it up and to this day, they still believe that Donald Trump is an honest to goodness, top of the line, good as they come populist. Here’s what I have to say about that. It takes a special kind of stupid to honestly believe that Donald Trump is in any way a populist. Look at the people that he’s putting into his cabinet if you don’t believe me. Puzder, Mnuchin, DeVos, Tillerson, Bannon. You think these people are populists? As it stands right now, Donald Trump’s cabinet is the wealthiest cabinet in the history of the United States. The people that he has appointed have more money than anyone else that have served in those positions. That tells you something, and it doesn’t tell you that Donald Trump’s out there looking out for American workers. It tells you that he’s out there looking out for the one percent. For the upper class, the upper, upper class.

That’s what Donald Trump cares about. Yeah, he’s out there taking credit for companies that have decided to move jobs back to the United States, even though he had nothing to do with that. He’s taking credit for the stock market going up, even though he’s in no position of power right now and couldn’t affect that one way or another. He wants you to think he’s a populist because he’s a con man, and he conned his voters good. Probably one of the biggest cons in the history of the United States, and they’re still falling for it. They’re falling for it even though we have a guy like Mnuchin who foreclosed on more than 50,000 homes of low income American citizens, some of whom owed less than a dollar in back payments, and they lost their home, 97 cents an elderly woman lost her home over. That was Mnuchin that pulled the trigger on that. That’s not populism, that’s robbery essentially.

Tillerson, CEO of one of the wealthiest companies in the world. Company that makes almost $40 billion every single year by destroying the environment and pumping oil out of the ground. That’s not a populist, that’s a robber baron. Same thing with Puzder, same thing with Betsy DeVos, same thing with Steve Bannon. These people, Donald Trump included, do not care about American workers. They don’t care about the people who voted for Donald Trump, that’s why they’re sitting around right now talking about repealing your affordable care act health insurance with nothing to replace it with. They don’t care, so the next time you see somebody throw out this argument that Donald Trump is a populist, just say the following words: Tillerson, DeVos, Mnuchin, Puzder, Bannon. The list goes on and on and on and every single one of those people, individually or together, proves beyond any doubt that there is not an ounce of populism inside of Donald Trump.