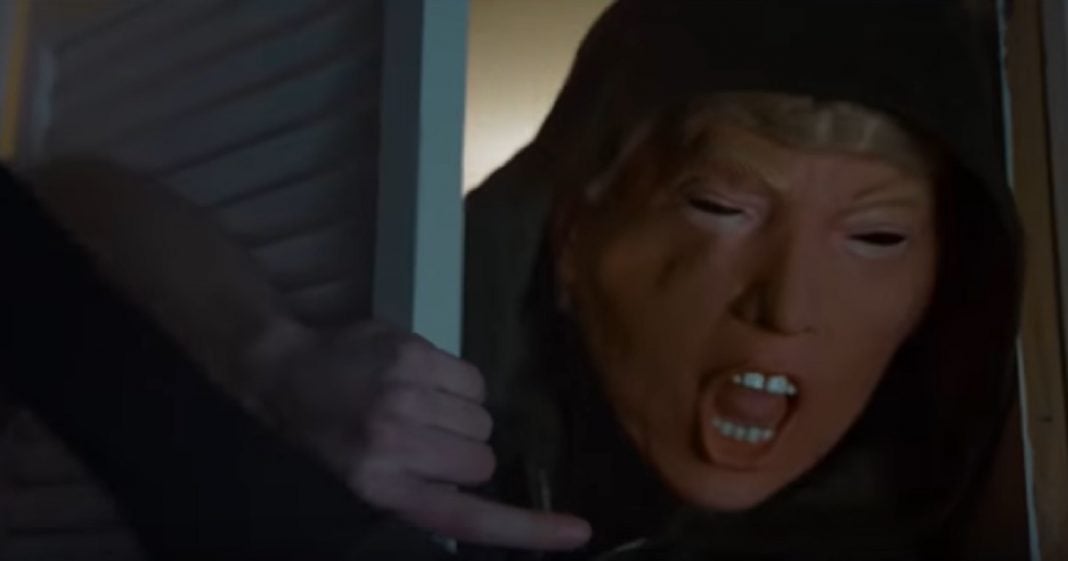 Now that we are just days away from casting off the stink of 2016 forever, YouTube channel Friend Dog Studios has given us exactly what we need to send the year off in style: a horror movie trailer for all of the horrific sh*t we endured in just 365 days.

This parody trailer really brings the slasher quality of 2016 into perspective, pointing out the slew of amazing celebrities lost and the devastating presidential win by Trump – not to mention the very phones they trusted exploding in their hands.

What began as such a hopeful year quickly devolved into terror and darkness as a group of young friends struggle to find a way out of the hopelessness. Along the way, they will be forced to reckon with their demons and fight for their lives.

In the end, they escape to 2017, but an ominous voice suggests that the worst has only just begun.