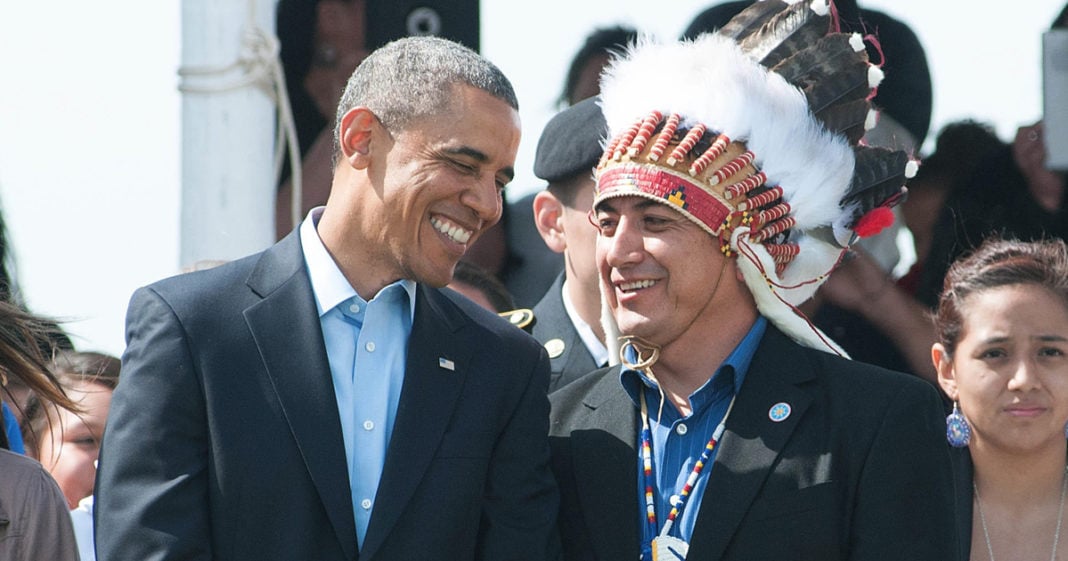 Though President Obama has dropped the ball when it mattered most in regards to Native Americans in 2016, he attempted to make up for his many missteps on Wednesday by declaring two significant landmarks as national monuments.

“The Bears Ears National Monument will cover more than 1.35 million acres in southern Utah, including ancestral land important to dozens of tribes. It will be co-managed with a coalition of five Native American tribes ― a conservation first. The Gold Butte National Monument will protect about 300,000 acres of desert in Nevada.”

Russell Begaya, president of the Navajo Nation expressed his gratitude over the preservation of Bears Ears monument, saying that he identifies the land as the living, breathing place of his ancestors.

This dedication of native lands comes just shortly after the president used an old law to preserve millions of acres of ocean and Arctic land from future oil developers.

In fact, President Obama, despite failing the environment in many other ways, has now taken the title of president who has preserved the most federal lands and water. During his two terms, Obama has used his authority to create national monuments a whopping 29 times.