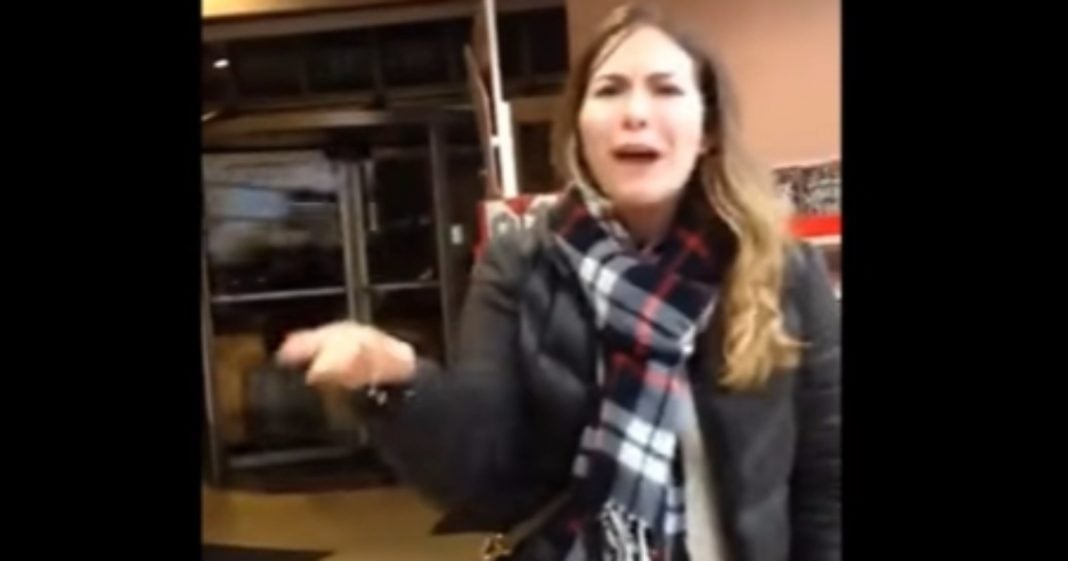 A man has been arrested after entering the apartment building of the subject of a viral video and assaulting her on December 20.

Last month, we brought you the story and uncomfortable video clip of a young white woman screaming at black employees for what she claimed was “discrimination” in a craft store. The woman appeared legitimately unhinged as she berated the employees and said they were treating her unfairly because she “voted for Trump,” before bragging about his presidential win.

The woman appeared verbally combative and seemed ready to escalate to physical violence, but both employees and customers stood up to her and she eventually left.

Shortly after, a similar clip was discovered of the same woman going on yet another furious tirade in a coffee shop – making it clear that this was not a one-time incident.

This was the woman that Chicago man Ramiz Bajwa stalked and assaulted insider her apartment building. Reportedly, Bajwa shoved the woman, calling her a “racist b*tch-ass whore.”

Bajwa was the arrested and charged with simple battery.

This is the sort of thing we must be vigilant about: before this assault, the woman was the clear aggressor and no one could look at her with sympathy or understanding for the horrible things she was doing and saying. Now, she has a reason to ask for sympathy, and she has confirmation in her mind for her pre-existing prejudices.

Read more about this story at Raw Story.