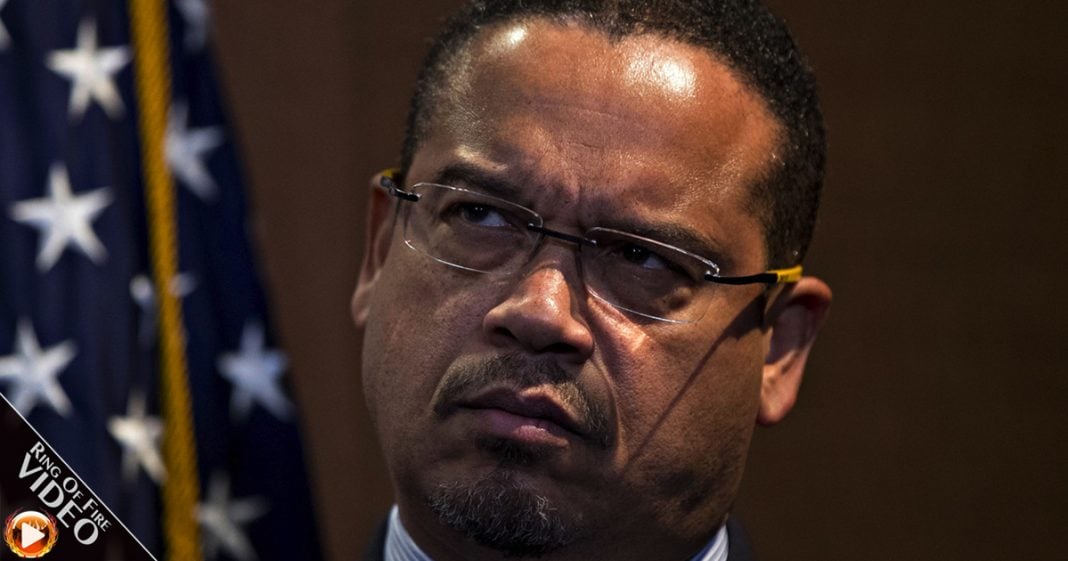 Democratic establishment figures are uneasy about the thought of Rep. Keith Ellison running the DNC, and that’s exactly why he should be running the DNC. The Democrats need a new strategy, and that’s what Ellison brings to the table. The Ring of Fire’s Farron Cousins discusses this.

In February about 400 members of the Democratic National Committee are going to get together and they’re going to elect a new chairman or chairwoman of the Democratic National Committee. Right now one of the front runners is obviously representative Keith Ellison. He is supported by Elizabeth Warren, by Bernie Sanders and by incoming Senate minority leader Chuck Schumer. Now for the most part Ellison has absolutely everything that the party needs right now. He is an African American Muslim who understands persecution. He understands being an underdog and he understands populism better than most people in this country.

That’s also the reason why he should absolutely be elected, because that’s what the party needs. When you think about the fact that President Obama won his election after serving in the Senate for only two years, became President of the United States, the American public was clamoring for an outsider, somebody who promised to bring us hope and change, somebody that wasn’t entangled into the insider DC mess that was destroying this country and destroying the Democratic Party. That’s what Keith Ellison is right now. That’s what Barack Obama was, that’s what Ellison is. That’s what the party needs. They need to return to that.

As Bernie Sanders said, and Keith Ellison supports this, the party needs to stop taking corporate money and instead fully fund itself on the grassroots. That’s how Bernie Sanders ran his campaign, that’s how Ellison could and should and probably will run the DNC. Get corporate influence out of there and return the party back to the people. That’s what this is all about.

We need something different. We need somebody who frightens the establishment. We need somebody who’s not afraid to take on these DC insiders that have been in power for 20 or 30 years, the people who continuously lose elections for everyone else. We need someone looking out for everybody, not just for their own political career. That’s what Keith Ellison brings to the table. The rest of the folks in Washington DC, including some of the liberal think-tanks, Liberal blogs out there, they don’t want this because they were mostly founded by people from the Clinton Administration or before that. They don’t want somebody who’s going to shake things up. They don’t want somebody that they can’t control. That is why we absolutely need someone who is free of the influence of two to three decades of DC insider politics, and that’s what Keith Ellison would bring as head of the DNC.