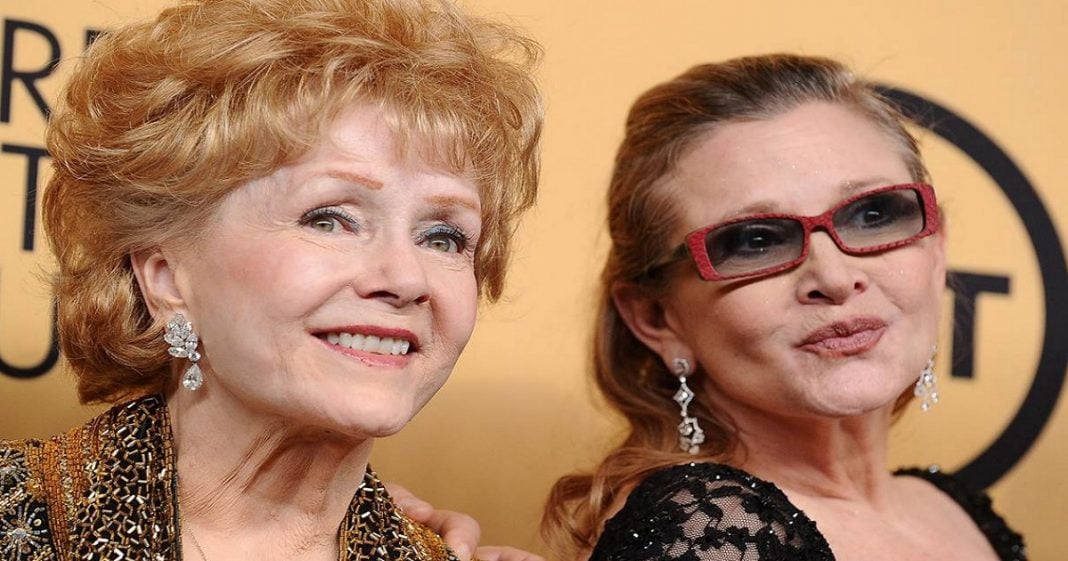 Just a few short hours after the untimely death of her daughter Carrie Fisher, beloved actress Debbie Reynolds was rushed to the hospital for a possible stroke where she shortly passed away.

Many who loved Reynolds will remember her for her acting, dancing, and singing prowess in films like “Singing in the Rain” and many others.

Reynolds began her acting and musical career at just 16 when she won an MGM beauty contest. Shortly after, she was selected to serve opposite Gene Kelly in “Singing in the Rain” where she quickly learned how to dance. From there, her career took off and she became an outright silver screen star.

Unlike many other young starlets, Reynolds was not handed her life on a silver platter. Difficult marriages and subsequent divorces left her without her fortune after one husband, shoe magnate Harry Karl, gambled it all away. After their divorce, Reynolds cared for her children by maintaining her casino in Las Vegas until 1997.

Younger Americans may remember Reynolds from another meaningful role, serving in one of the most beloved Halloween movies, “Halloweentown,” in 1998, and in several sequels thereafter.

Reynolds was at home, making funeral arrangements for her recently deceased daughter, beloved “Star Wars” actress Carrie Fisher, when she fell ill and was rushed to the hospital. She died there hours later.

WATCH: The only time Debbie Reynolds and Carrie Fisher sang live together in public. Amazing. pic.twitter.com/bpDyMcpycz