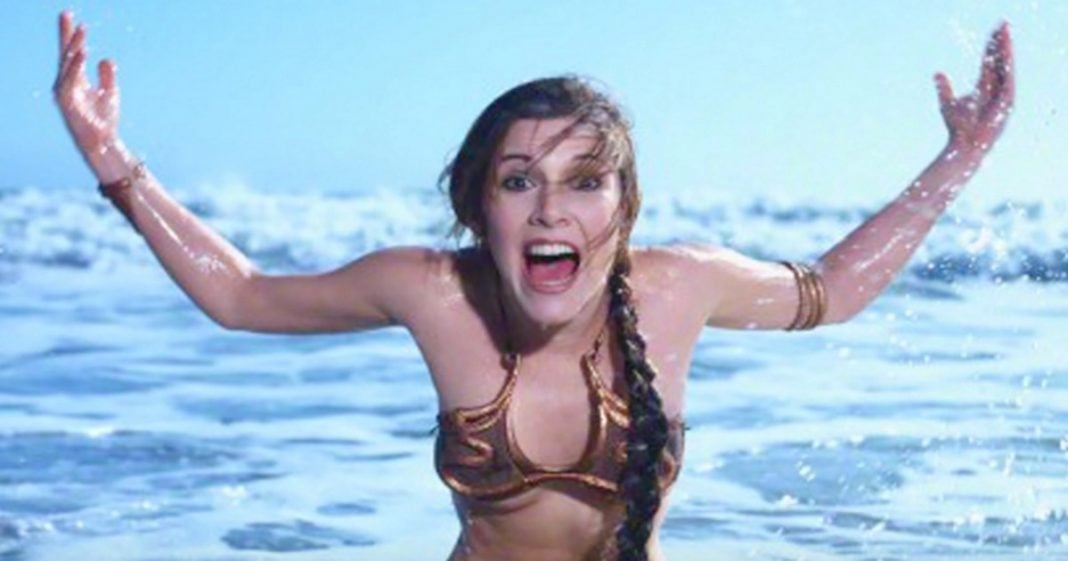 Though beloved actress and writer Carrie Fisher was taken from this world far too soon on Tuesday at the age of 60, the world is grieving over a woman who lived a full and colorful life.

Many remember her for her iconic portrayal of Princess Leia, but many others will remember her forever for her advocacy work and strong personal statements regarding mental health, drug addiction, and feminism.

During an interview on Good Morning America for “The Force Awakens” in 2015, Fisher responded to a question she has no doubt fielded dozens of times over her career: questions about her weight loss and physical appearance during the Star Wars films.

Fisher, who is no stranger to double standards in the film industry took the question in graceful stride and made the interviewer and the entire network feel a subtle level of shame without ever losing her smile and jovial nature.

My favourite Carrie Fisher moment. GMA interviewer asks about her weight loss for Force Awakens and she IMMEDIATELY shuts it down pic.twitter.com/Mj0UxJZ8ZG