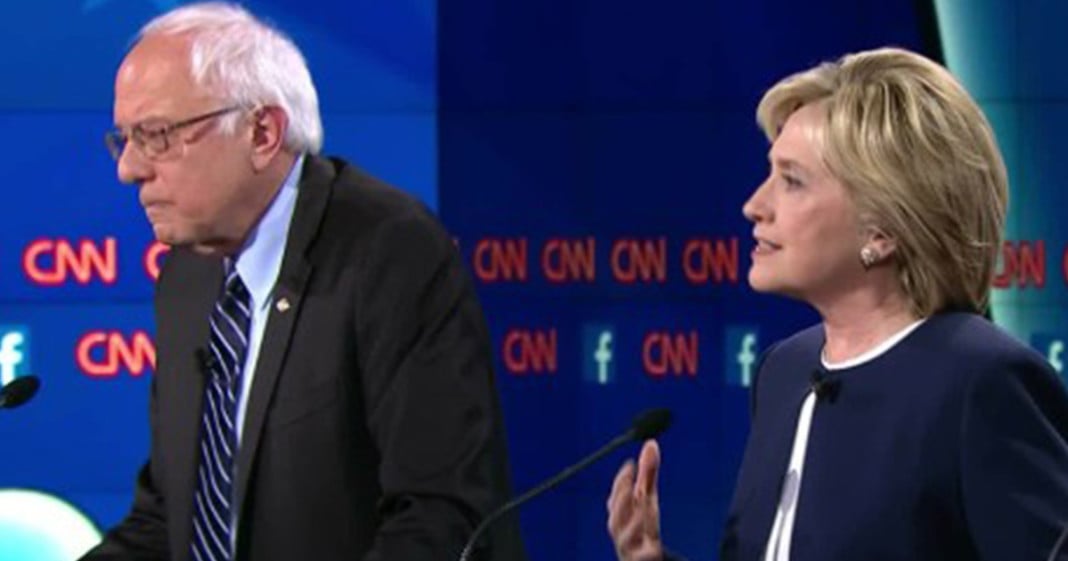 As many had predicted for months before the election, Clinton’s refusal to appeal to Sanders voters and listen to the progressive staffers on his campaign were a major contributing factor to her loss.

Though we are growing further and further from that dark day in November as each day passes, many still cannot help but try and dissect what might have gone wrong – most of all those who tried in vain to help the Clinton campaign while being told that their efforts were unnecessary and unwanted.

Much like the staffers on the ground in Michigan who felt ignored by campaign officials in New York, there were many who had previously been on the Sanders camp who were eager to help Clinton win in the general, but were told that their help wasn’t wanted or needed.

“They fucking ignored us on all these [three] battleground states [while] we were sounding the alarm for months. We kept saying to each other like, ‘What the fuck, why are they just blowing us off? They need these voters more than anybody.’”

As the Clinton party remained confident in their mathematical models and polling, they failed to weigh the advice from individuals on the ground who were telling them that something was way off.

“Once we were at the convention, Bernie people were on the ground—we could feel it, people were pissed off, there with their pitchforks ready to fight. But before the convention, after the platform committee meeting that I was on, Bernie surrogates were talking constantly, saying, ‘Oh my god, Hillary is going to lose if she doesn’t address TPP and [free] trade and [all these] other issues. We were looking at the polling and thought that if these people stay home, she’ll lose.”

These Bernie staffers were in the very battleground states that ended up losing the election for Clinton. In Pennsylvania, Michigan, and Wisconsin, progressive Democrats begged the Clinton campaign to visit – to grace them just once with her presence.

Sanders had actually beaten Clinton in Michigan, but even in this state, the advice of the Sanders staff were unwanted. Instead, Michigan campaign officers reportedly turned away interested volunteers because the Clinton wining model didn’t favor traditional campaign tactics like canvassing or phonebanking.

Many progressives felt the Clinton campaign ignoring them and their concerns, especially after the primary had concluded. Rather than moving leftward politically to scoop up Sanders voters, Clinton appeared to be trying to win over more moderate Republicans alienated by Trump’s success.

And yet when it came to winning over working-class voters, Clinton did it all wrong.

So while there are still some delusional Democrats out there who want to blame Bernie Sanders for this election outcome, this information proves more than ever that he could have helped much more – if only the Clinton team had respected his movement a bit more.