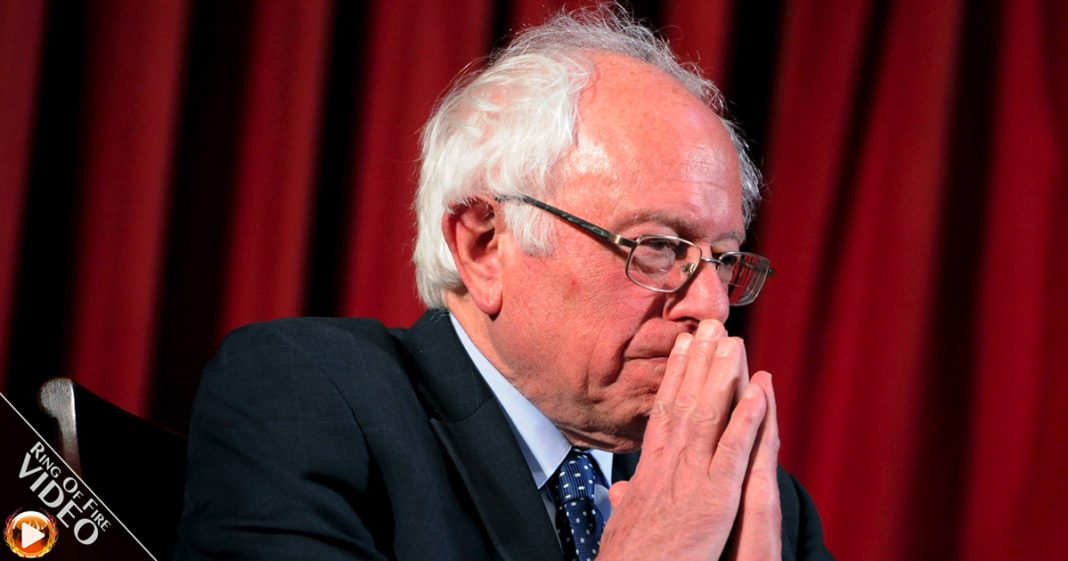 Senator Bernie Sanders understands exactly why the Democratic Party was beaten so badly in 2016, and he’s urging the Democratic Party to change their strategy quickly if they want to see electoral success in the future. The Ring of Fire’s Farron Cousins discusses this.

Of all the people that are in any way associated with the Democratic Party only one, and he happens to be an Independent, actually understands what the party needs to do in order to move forward and make progress in the next mid-term elections and beyond that. That person, as usual, is Bernie Sanders.

Part of the plan that Bernie Sanders is suggesting is the same thing Howard Dean suggested after 2004 before he became a corporate sellout was that you got to have a 50-state strategy and you got to work from the bottom up. You have to have grassroots. You have to get rid of the corporate money. All of the common sense things that the Democratic Party actually used to stand for at one point. Granted that was probably 70 or 80 years ago, but they still believed in it and it helped them to not only fix America but to create at the time the strongest political party this country’s ever seen. Bernie Sanders understands that. The people at the DNC right now don’t, and that’s where the disconnect is.

Bernie Sanders is an independent senator from the state of Vermont. He is not in charge of the DNC; he really doesn’t have any sway over the DNC right now. Until we get a new president in there, a president in the DNC which hopefully will be Keith Ellison-Even though they’re doing a good job of trying to keep him out-We’re not going to see these changes that have to be made.

Bernie Sanders is out there right now telling us what all of the honest progressives have been saying about the DNC for the last few years. We’re on a path that doesn’t work. We’re putting up the same failed corporate candidates that we tried last time and then we act shocked when the public rejects them again. That’s what Hillary Clinton was.

The public was very clear in 2008 that we don’t want Hillary Clinton to be the Democratic nominee. What do we do in 2016? Ah, we let her take the nomination even though we knew the public had already rejected her, and she loses to somebody whose favorability ratings were actually lower than hers meaning more people in this country hated him, yet he still wins the presidency because of the electoral college.

The problem lies within the DNC power structure itself. Until we get that structure out of place and replace it with something that actually works, something that’s accountable to the people of the United States, we’re going to continue losing elections.