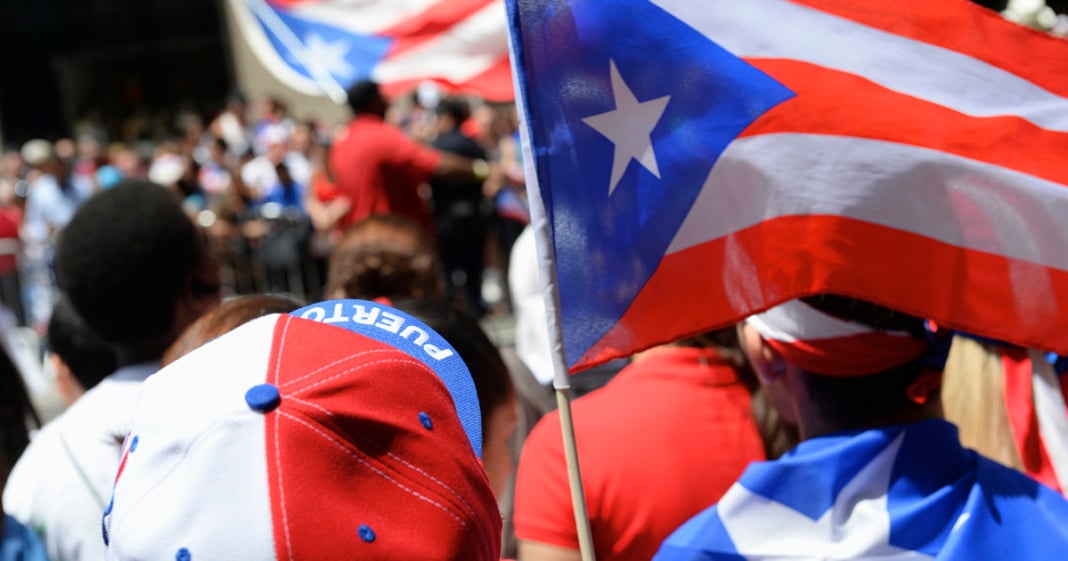 In their endless mission to turn every red-blooded American against the caricature of “Immigrant” they have created, Republicans often go much too far.

That was the case over the weekend when an individual called in to NPR to state his case that we should be vetting Puerto Ricans, American citizens.

“I would like to ask the guest what his opinion of the migration that is coming from Puerto Rico right now, due to their financial chaos. A thousand Puerto Ricans a week, not considered immigrants but coming to the United States as U.S. citizens with no vetting. And that just seems like something that’s not being discussed.”

NPR correspondent Tom Gjelten was not willing to entertain such ignorance for even a moment. Instead, he slammed the caller’s prejudiced stance and put the caller in his place.

“Well the reason it’s not being discussed, and you alluded to it in your question, is cause they’re not immigrants. Puerto Rico is not a state, but Puerto Ricans are U.S. citizens.”

“Those people have every right to move to some other state or other part of the country where there are more jobs. You talk about vetting. We don’t vet people that move from one state to another, from one part of America to another. That’s their rights as Americans to move. I don’t see how we can really institute some kind of special policy for people from Puerto Rico who want to move to some part of the United States to find work.”

This caller, while just some anonymous Joe Schmoe, truly brings to a head the main issue in this ongoing and exhausting conversation about immigrants and properly “vetting” those immigrants: most of it is based on nothing more than racism and racial hatred.

This caller doesn’t care that Puerto Ricans are Americans. All he knows is that they’re mostly brown and speak another language. To him, and many like him, that’s as dangerous as can be. Whether it is about jobs or terrorism, this caller and millions like him in the Republican party are operating solely on fear – and fear is a powerful motivator.

Actual caller into @cspan asks if we shoud be vetting Puerto Ricans. Seriously, that was his question. Watch. #NoMames pic.twitter.com/uV5AyM9iC8