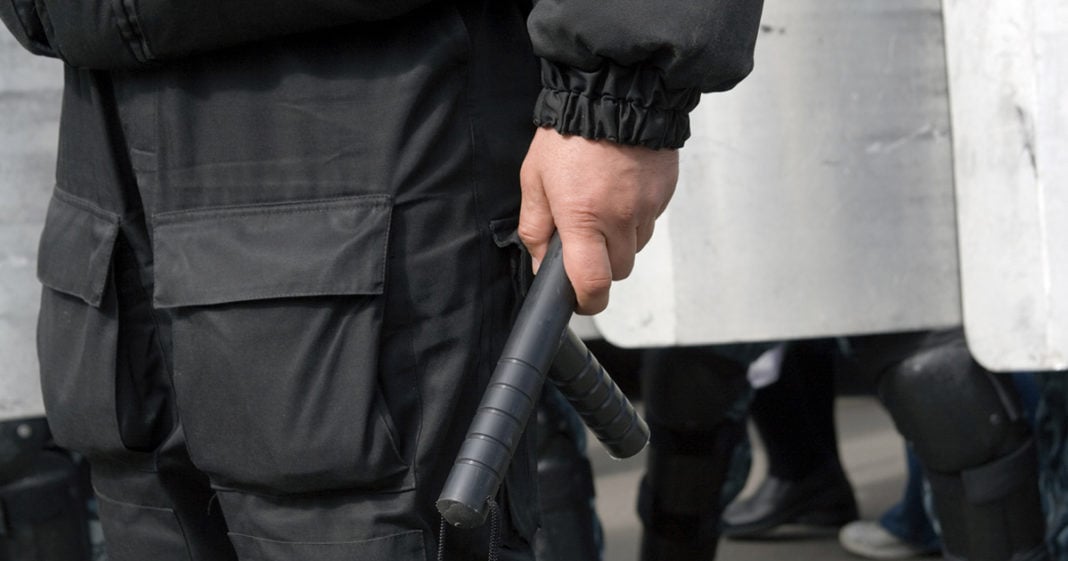 A bill recently signed into law by President Obama has literally created the “Ministry of Truth” that George Orwell wrote about in his novel 1984. While the intention of the law, tucked inside 2017 defense budget, was to enable the government to counter “disinformation” disseminated by foreign sources, the implications of the law has free speech advocates gravely concerned over how it will be used by the incoming Administration – and with good reason.

If you have questions about that, just take a look at what’s happening in Egypt right now.

This week, authorities in Egypt arrested a reporter and new producer working for the Qatar-based news agency Al Jazeera, whose name is Mahmoud Hussein. He is charged with “provoking sedition” by spreading “fake news” on behalf of the media company. Hussein is not the only Al Jazeera journalist to be targeted and charged by the Egyptian government in recent months.

Earlier this year, an Egyptian court essentially issued a death warrant for three Al Jazeera reporters accused of “endangering national security.” The journalists were accused of funneling intelligence to Qatar, which reportedly has strong ties to the Muslim Brotherhood (the Qatari foreign minister denies this). In addition, Egypt has a large number of bloggers and reporters in its prisons today, being held on similar charges.

According to Egypt’s Ministry of Interior (MOI), Al Jazeera – considered by the government in Cairo to be the propaganda arm of the banned Muslim Brotherhood – has,

“…ordered some individuals collaborating with the channel inside the country to continue implementing its media plan of provoking sedition, incitement against the state, and spreading chaos through broadcasting false news.”

In response, Al Jazeera has issued a statement in which it accused Egyptian officials of filing “fabricated charges,” pointing out that Hussein was in Egypt on holiday, not for any official purpose:

“[Hussein] is a news producer in the Al-Jazeera Arabic newsroom and not a correspondent supervisor as alleged by the statement [and] would not have travelled through the airport at Egypt if he was undertaking any illegal activities as alleged by the MOI’s statement.”

With dozens of Al Jazeera reporters being held in Egyptian prisons these days, there are grave concerns among members of the journalistic community. In fact, Egypt currently holds the dubious honor of being among the most repressive nations on the planet when it comes to freedom of the press. This is largely a result of the 2013 military coup that brought current Egyptian President Abdel Fatah al-Sisi to power in the wake of the “Arab Spring” protests.

Well…hold on to your hats. Now, our own President, Barack Obama, has handed over this same power to his successor – whether by accident or design. Considering how Trump has been reacting to his critics in the media like a petulant, angry, spoiled little child, it is all-too-possible that the U.S. will be going down the same road.

It gets even worse, however: the new law essentially gives the Federal government the power to determine what constitutes “legitimate news,” and to reward and punish journalists and news organizations accordingly.

It may be over three decades late, but it appears that 1984 has finally arrived.