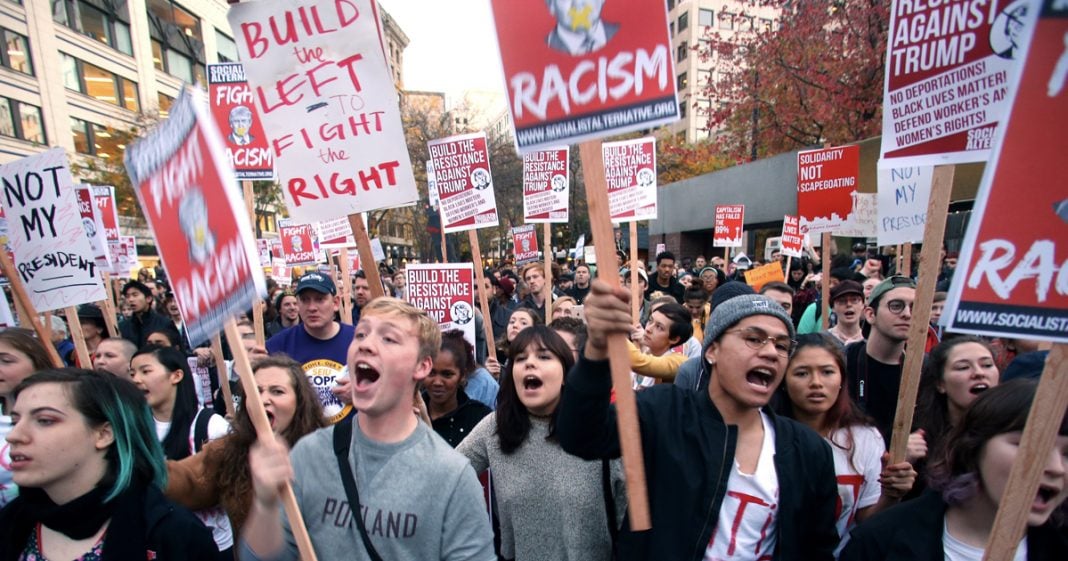 Mid-20th Century British prime minister Winston Churchill once said, “Americans will always do the right thing – once they have tried everything else.” It is a lesson that the Progressive Movement has had to learn the hard way, and it has taken the specter of fascism for the movement to reach that point.

The lesson is this: all resistance and any hope for real change and progress has to start locally.

In recent weeks, San Francisco city officials and the mayor of New York City have publicly stood up an announced that if Donald Trump is determined to follow through on his racist, misogynistic, anti-labor and environmentally disastrous policies, they will fight him every inch of the way.

Although the Orange Boy’s inauguration is still almost a month away, city attorneys, mayors, councilmen and women, and other officials from metropolitan communities across the nation are already communicating and planning strategies on how to resist the right-wing juggernaut in the face of overwhelming odds. They’ll have their work cut out for them, considering that the right wing controls two branches of the federal government and the majority of state houses across the country – but they have the historical example of that same right wing to learn from.

It is something that Democrats and Progressives have failed to grasp, until now. The wholesale takeover of American democracy by right-wing corporatist extremists did not happen overnight, or even over the past several years. It is a coup that has been decades in the planning and execution, and it all started with local politics, something that Thom Hartmann has frequently referred to as the “Long Game.”

Now that the right-wing takeover of Democracy is nearly complete at the federal level, our best and only hope lies in those same local politics.

We’ve already seen victories for Progressive causes at the state and local levels as marijuana legalization, worker protections, and laws raising the minimum wage have passed across the country – even in “red” regions. Now, those cities and states will have to dig in as they prepare to protect those gains and build on that progress.

Speaking to The Hill, Elizabeth Glidden, Minneapolis city councilwoman, has pointed out that cities are “centers of organizing and protest,” adding that “We have to be loud with our voice and our values.”

Those laboratories will be busier than ever in the face of the coming all-out assault on democracy as well as human rights and dignity that will begin in earnest after January 20th, 2017.

In his popular 1961 young people’s novel, Where The Red Fern Grows, author Wilson Rawls penned the line, “There is a little good in all evil.” If there is any good in the evil that will surely be a Trump Administration and a GOP-controlled Congress, it is that it has shaken well-meaning liberals and Progressives out of their complacency and galvanized the resistance – and the center of that resistance will be at City Hall.