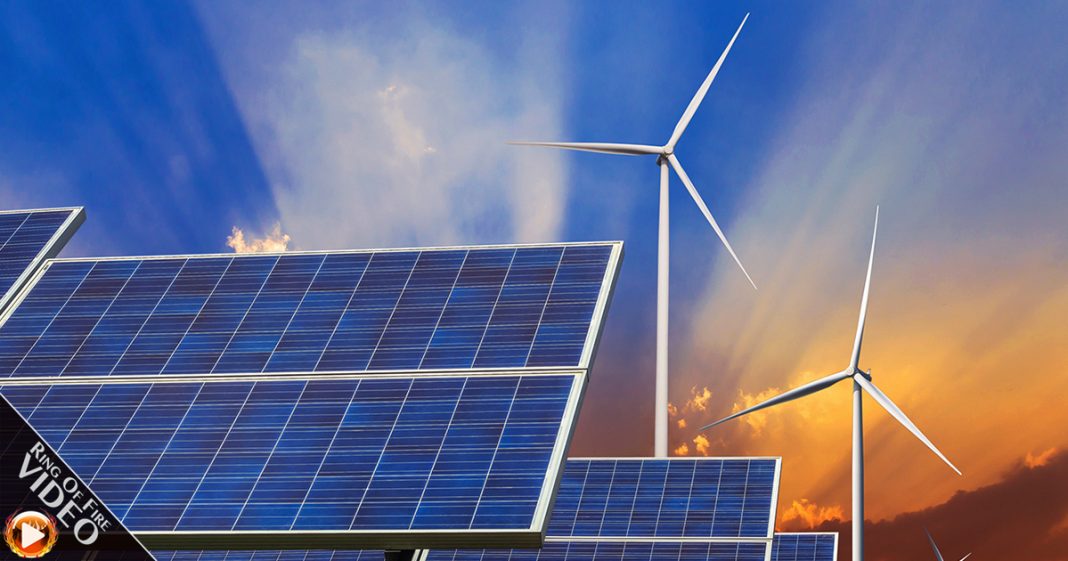 According to a new poll by George Mason University and Yale, the majority of American citizens, Republican, Democrat and everything in between believe that the United States should invest deeper into renewable energy production on our own soil. Now, the reason this poll, this study, whatever you want to call it is actually important is because it shows that the majority of people living in this country, the majority want us to go further with developing renewable energy sources. The majority also believe that the United States should be a part of international agreements to help reduce carbon emissions. It’s just ironic because everybody in this country as a whole wants these things to happen.

You know who doesn’t want these things to happen? Republicans and like two or three Democrats in Washington, D.C., in addition to CEOs of fossil fuel companies. That’s it. There are about 300 people in the United States that are completely stifling the development of clean energy in this country, 300 people going against the will of 300 million plus. 300 people. Of course, like I said, two or three of them Democrats. Joe Manchin from West Virginia is a particularly horrible human being. He’s one of them who’s fighting against it. He actually needs to be voted out of office as soon as possible. Regardless, these people, these Republican anti-progress people in Washington, D.C. don’t believe that we need to invest in renewable energy. They think it’s a waste of time. It’s a waste of money. Let’s go for that oil. Let’s go for that fracked gas. Let’s go for the offshore drilling. Let’s do all that so that we can be, as they put it, energy independent.

Forget for a minute the problem of carbon emissions. Let’s just pretend that that doesn’t even exist. If energy independence is what these people are honestly after, then why are we not using the energy that’s literally all around us? The sunlight coming from the sky like magic, the wind. Those are sources of energy, you idiots. The technology exists to capture and harness that energy and use it in electricity. That’s energy independence. What it really comes down to, they don’t care about energy independence. They care about their next campaign. Few industries give more money to politicians than the fossil fuel industry. I think the only ones who end up giving more are pharmaceutical and Wall Street. The fossil fuel industry pays a lot of money for these people to act so ignorant.