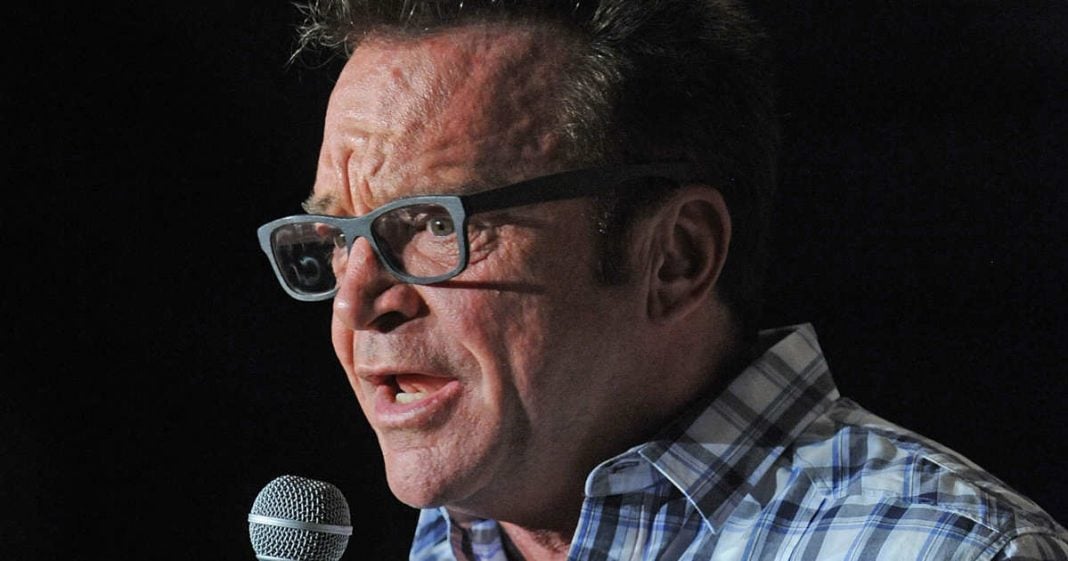 In the aftermath of Donald Trump’s shocking election victory, there is little more infuriating than hearing that an anti-Trump actor could have revealed stunning audio from Trump before the election but chose not to.

Actor Tom Arnold said in the days after Trump’s win that he had access to audio in which Trump said every racist and misogynistic epithet in the books, but because he figured it wouldn’t do any good, he didn’t released the clips.

Arnold remarked that since Trump’s comments about sexually assaulting women hadn’t lost him the election, that this audio would likely do nothing as well.

But we know that though Trump’s Access Hollywood tape didn’t lose him the election, it did damage his chances and caused many establishment figures to distance themselves. And though the women-hating party might have forgiven him for “grabbing them by the pussy,” they might not find it so politically convenient to ignore Trump’s voice saying the N-word.

Even now, long after the election is over and even a week after the Electoral College voted to affirm Trump’s win, Arnold continues to talk about this mythical audio tape but refuses to share it with the world.

Honestly, it’s infuriating. If you have this kind of smoking gun audio, it’s not up to you to decide if it would help or not – if you care about this country and oppose Trump, it should have been released to the public two days before the election so that it could have made a difference.

At the very least, it should have then been released after the election so that the members of the electoral college could reflect on that audio and the outcry it might have created to possibly pick a different president.

But instead, we have some comedic nobody soaking up his 15-minutes of fame by parading around with his secret audio.

At this point, it makes more sense to believe that no such audio even exists. If it did, we would have heard it by now. Instead we have an actor in the twilight of his career who is escalating to conspiracy-level ravings.

Put up or shut up, Arnold.