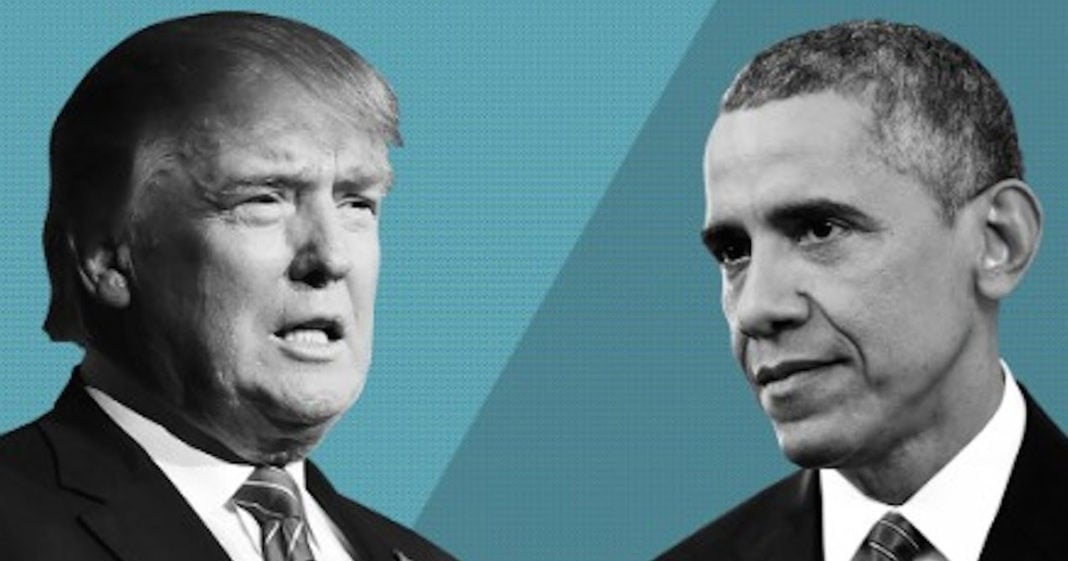 Though we’re not sure what load of good it does now, President Obama said in an interview last week that if it were him versus Donald Trump in the 2016 election, he would have won.

Of course, Obama was unwaveringly confident that his friend Hillary Clinton was going to take the presidency with ease, so we can’t be sure how dependable his political predictions are. Still, we thing we agree with the POTUS on this hypothetical matchup.

With the benefit of hindsight, Obama has handed down some Monday night quarterbacking on what Clinton did wrong – but said that anyone in her position might have made some of the same mistakes.

“[Clinton] understandably . . . looked and said, well, given my opponent and the things he’s saying and what he’s doing, we should focus on that.”

But as for his own hypothetical third term run (which, if you weren’t aware, is unconstitutional), Obama says that his “hope” and “change” rhetoric would have carried him in a race against Trump.

“I am confident in this vision because I’m confident that if I — if I had run again and articulated it — I think I could’ve mobilized a majority of the American people to rally behind it.”

We can’t blame the POTUS for giving us his own imaginary 2016 outcome – anything would have been better than where we are now. And yet, just like those of us who wistfully say, “bernie would’a won,” all that matters now is the reality: and it’s a hard one to face.