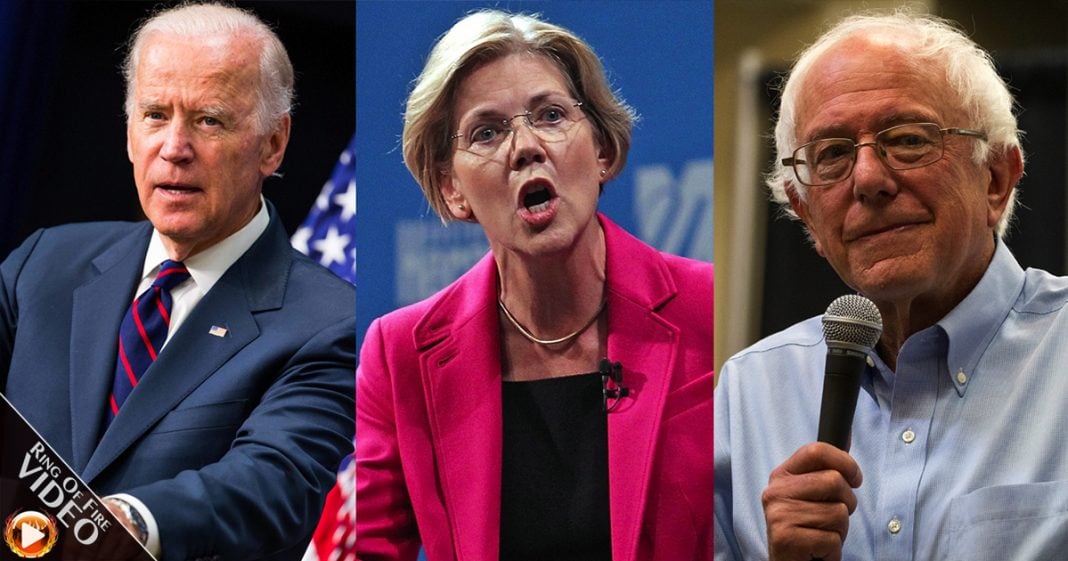 The New York Times recently speculated about who could be the Democrats’ nominee for 2020. How about we focus on the real issues right now and leave the 2020 Presidential race for 2020? The Ring of Fire’s Farron Cousins discusses this.

Recently there was an article in the New York Times, I read the headline and just immediately felt this swell of anger. That headline was ‘Biden, Sanders, Warren, too soon for 2020?’ Listen, I know the media wants another horse race already because you want the eyeballs, you want the subscriptions, you want the viewers, you want all that advertising money, but shut up about the year 2020, okay? Please. For me, just do that.

How about we try to build the party’s future instead of looking ahead for the 2020 election? How about … This is the craziest one. How about we look at the fact that every corporate candidate we put up gets beat? How about we think about that for a minute? Why don’t we acknowledge that fact that we do have a problem, and the problem is that the party’s moved a little too far to the right? Being that it’s getting too much money from corporations and that’s corrupting us. Why don’t we fix that? Hey, while we’re at it, let’s not just stop at the problems with our party.

We don’t need a 2020 horse race while we’re still living in 2016. Hell, we won’t even need it when we’re in 2018 and 2019. Let’s address the problems facing this country today. Okay? Can we do that please? There are so many things wrong today, but the corporate media just go ahead and start another horse race, because that’s all they care about.