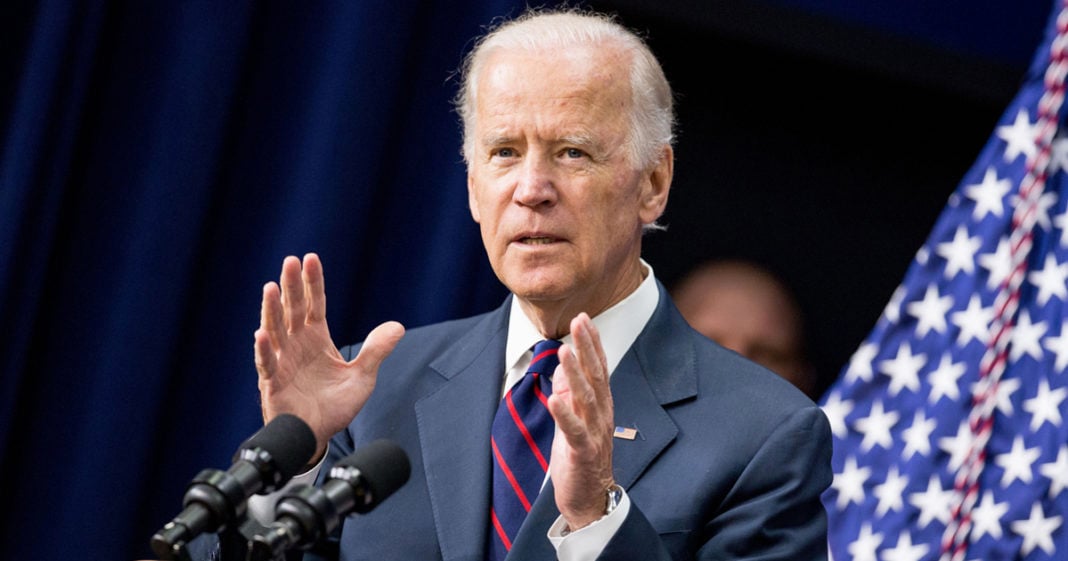 Speaking on Thursday to the Los Angeles Times, Vice President Joe Biden offered his view of the 2016 election, offering some direct criticism of the party to which he belongs for the horrific outcome.

Along with his comments about Clinton and her shaky motivation to run, Biden also said that near the end of the race, he saw a fatal flaw in the way that Democrats had functioned in the election.

Biden recalled a moment near the end of the race when he realized that the party was failing to pay any attention to many of the people Joe had grown up with – decent people who would end up voting for Trump.

“Son of a gun. We may lose this election. They’re all the people I grew up with. They’re their kids. And they’re not racist. They’re not sexist. But we didn’t talk to them.”

What was to blame for that lack of contact? According to Biden, it was a “bit of elitism that’s crept in” to the party’s thinking and operation. A trend that progressives have noticed for quite some time.

It is refreshing to see that a political insider like Biden can be so self-aware about his own party’s failings, especially as many other establishment figures refuse to blame the party or Clinton for Trump’s win.

It is this sort of turn-around in character that we might expec to see from a guy considering a presidential run in 2020, but we’ve got a while ’til we can think on that.