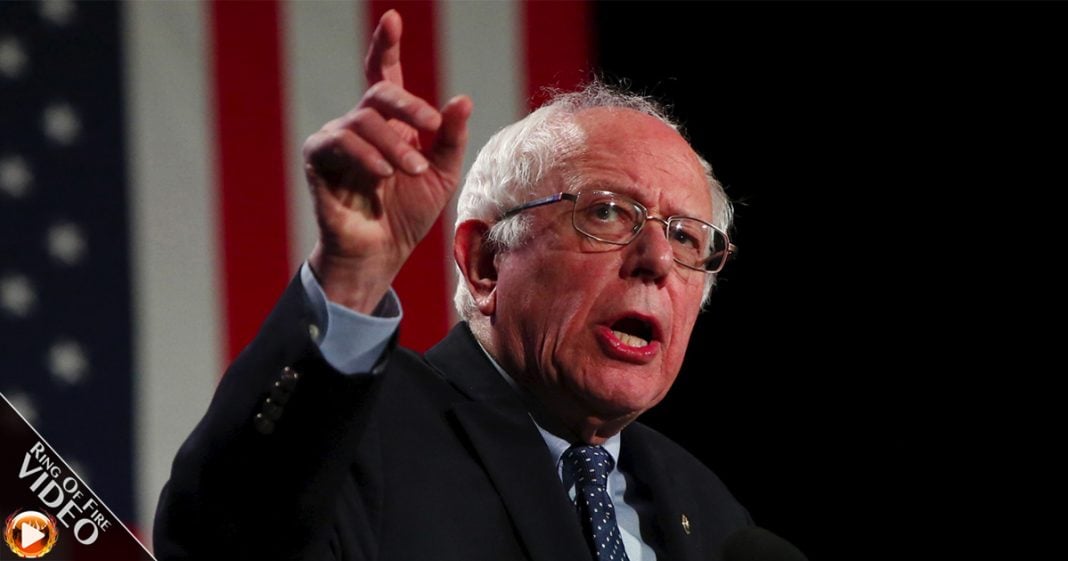 Economists in the United States have been paying close attention to the income gap in this country, and they’re warning us that it is spiraling out of control. And the problem only appears to be getting worse before Trump takes office. The Ring of Fire’s Farron Cousins discusses this.

Economists from UC Berkeley as well as French economist Thomas Piketty have come forward and said that there is an alarming trend in the United States that only seems to be getting worse, and that trend is the income inequality between the top 1% and the bottom 99%. Before we get into their analysis here, let me take you back about a year. Bernie Sanders was getting trashed by the Hillary Clinton wing of the Democratic Party for being such a one-trick pony. All he talked about was income inequality and how bad it was, and how bad it was getting and how bad it was going to get. Man, that got tiring, right?

Well, as it turns out, he was right. I mean, we all knew it was a big issue, but according to these economists it’s actually a lot worse than we thought and is going to be a major driver of an economic down term in our very near future. Here’s what these economists found. Let me read this. “The average pre-tax income of adults in the bottom 50% income share in the US has stagnated since 1980. The bottom 50% share of income share has collapsed from about 20% in 1980 to 12% in 2014. In 1980, the top 1% adults earned an average 27 times more than bottom 50% adults, while they earn 81 times more today. The share of women falls sharply as one moves up the income ladder, with only 11% in the top 1% today.”

The list goes on and on, folks, but these economists and Bernie Sanders are absolutely right. If we do not do something about income inequality in the United States, there really can’t be a United States. Everything is driven by the economy, right? I mean, the global economy, the US economy, markets and blah, blah, blah. We’re told everything now is just money, but what happens when the bottom 50% of Americans don’t have money? We don’t have money to spend. We can’t go out and buy cars. We can’t buy homes. We can’t rent homes. We can’t go on vacations. We can’t buy our children presents for the holidays or for their birthdays. We can’t go out to dinner. You know what happens when those things start happening?

Automobile manufacturers shut down. Restaurants shut down, start laying off workers, and then those workers can’t afford to do this. It’s the trickle-down effect and it’s the only way that trickle-down works. That’s what these economists are warning us about. The problem is getting so bad, the wealth concentration in the United States is getting so bad, that it is going to drive another economic downturn in the United States that’s going to be worse than the one we saw in 2007-2008. Really, the only people who can do something about this, there is limited power of what the legislative and executive branches can do, but it’s corporate leaders.

You have to pay people more, and if it takes the federal government stepping in to raise the minimum wage to $15 or, hell, maybe even $20 depending on how bad inequality gets, then you’re going to have to suffer through that. Your days of trying to screw over American workers by going and lobbying politicians to get protections repealed, that has to come to an end because it’s not just our livelihood that’s at stake. It’s yours, because what happens to a multi-billion dollar CEO when citizens can no longer afford to utilize their company? They go out of business. They lose everything. But I think CEOs in the United States seem to have forgotten that. They are dependent on us, not the other way around.