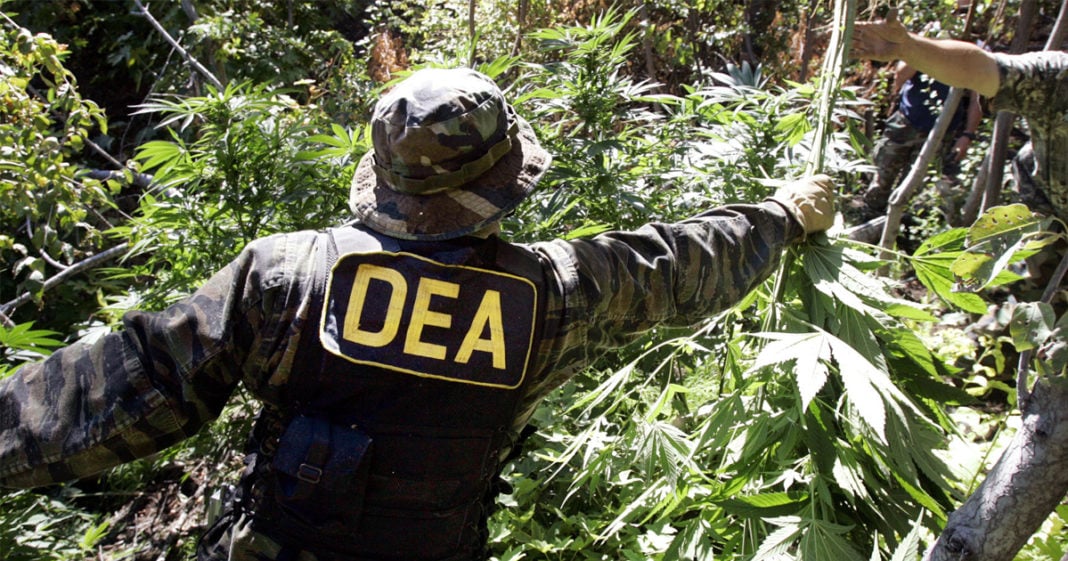 Despite increasing acceptance and legalization of marijuana across the country, there are still dinosaurs that are determined to criminalize adult individuals who choose to use it – whether for medical reasons or for recreation. Fortunately, in red state Arizona – where voters approved the legalization of medical marijuana in 2010 – that fish won’t fry.

Efforts by a county attorney to close a medical marijuana dispensary have now been shut down by the Arizona Court of Appeals, and the dispensary will be allowed to continue to provide medical cannabis to patients with a state-issued card.

When Maricopa County Attorney Bill Montgomery tried to close down a medical marijuana dispensary in Sun City, he attempted to use the Federal Controlled Substances Act to stop the county from issuing a zoning permit, arguing that allowing the dispensary to open meant that officials were facilitating a violation of federal law.

The case went all the way to the Arizona State Court of Appeals, where the Honorable Judge Donn Kessler upheld the right of county officials to issue the permit. In his ruling, Judge Kessler pointed out that the Arizona Medical Marijuana Act, which voters approved in 2010, is not in fact preempted by federal law, as Montgomery argued.

Judge Kessler pointed out that because the people of Arizona voted to legalize marijuana possession at the state level, that shields individuals from prosecution at the federal level.

In his ruling, he wrote:

“Arizona, like all other states, has the power to decriminalize certain acts and exempt certain actors for purposes of state law.” However, he added, “The Arizona Medical Marijuana Act does not otherwise purport to shield anyone or any act from federal prosecution.”

That assumes the federal government wants to take the trouble to do so, which under the Obama Administration, it has not been inclined to do.

There is also another neat little loophole that protects Arizonans (and those in other states that have legalized marijuana) from prosecution: a provision in the 2015 Federal Appropriations Act which prohibits the U.S. Department of Justice from spending any of its own budget from enforcing its own law governing marijuana. Going forward, this will definitely hamstring efforts by local officials to stop the operation of marijuana dispensaries  in legal states – at least for now.

The concern now is whether the federal government under the Trump Administration will continue Obama’s “hands off” policy towards states that have voted to legalize marijuana. Trump’s nominee for U.S. Attorney General, Jeff Sessions, has made no secret of his views on the subject – and there is great concern that if confirmed, Sessions will launch on all-out war on marijuana users, even in states where the people have chosen to legalize it.

Not only would this create millions of new criminals (which would surely be good for the private, for-profit prison system – no surprise, there), it could bring chaos to a new, multi-billion dollar industry that has brought millions in tax revenue to state coffers.

So much for the “state’s rights” that Repukes and other CON-servatives are forever on about.

For now however, medical marijuana in the state of Arizona and elsewhere are safe.