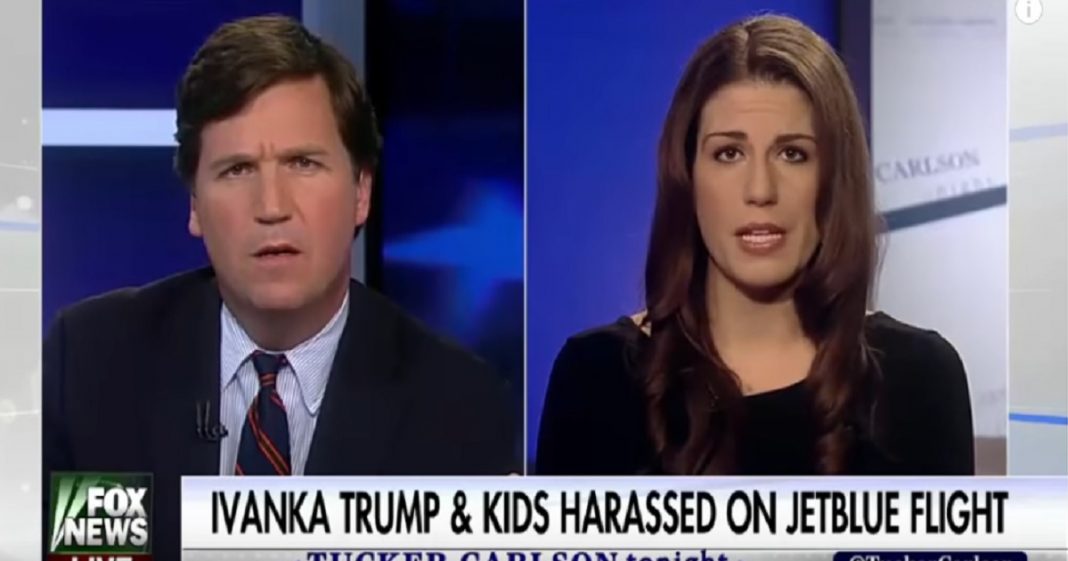 If you spend even a moment looking at the sad, dark mess that passes for television on Fox News Network, it becomes clear immediately that most of the talking heads on the network have no concept of real news reporting or analysis.

Which is why it was no surprise this week when pretty-boy Tucker Carlson mocked a writer at Teen Vogue for daring to report honestly on Donald Trump, telling her she should stick to writing about fashion and celebrities.

The teen fashion magazine Teen Vogue has been getting quite a bit of attention in recent weeks for its strong-willed reporting on Donald Trump. While many news outlets have danced around the seriousness of a Trump presidency, Teen Vogue writers have gone all-in, hiding none of the terror or darkness.

Though many are surprised to see such hard-hitting commentary coming from what is typically a fashion magazine, many responded with a commentary on young women’s contributions, saying that only those who underestimate the abilities of young women should be surprised at Teen Vogue’s latest successes.

This is exactly the social environment that caused Carlson to invite Teen Vogue writer Lauren Duca onto Fox earlier this week, arguing over her and silencing her.

Duca grew tired of being argued over and told Carlson,

“You’re actually being a partisan hack that’s just attacking me ad nauseum and not allowing me to speak.”

Carlson continued to defend Donald and Ivanka Trump before growing frustrated and telling Duca to stick to writing about thigh-high boots.

“You should stick to the thigh-high boots. You’re better at that.”

Carlson, who spent a season failing to win Dancing With the Stars, apparently believed himself to be on a news high-ground in his interview with Duca and figured it was more beneficial to silence her rather than continue a productive discourse.