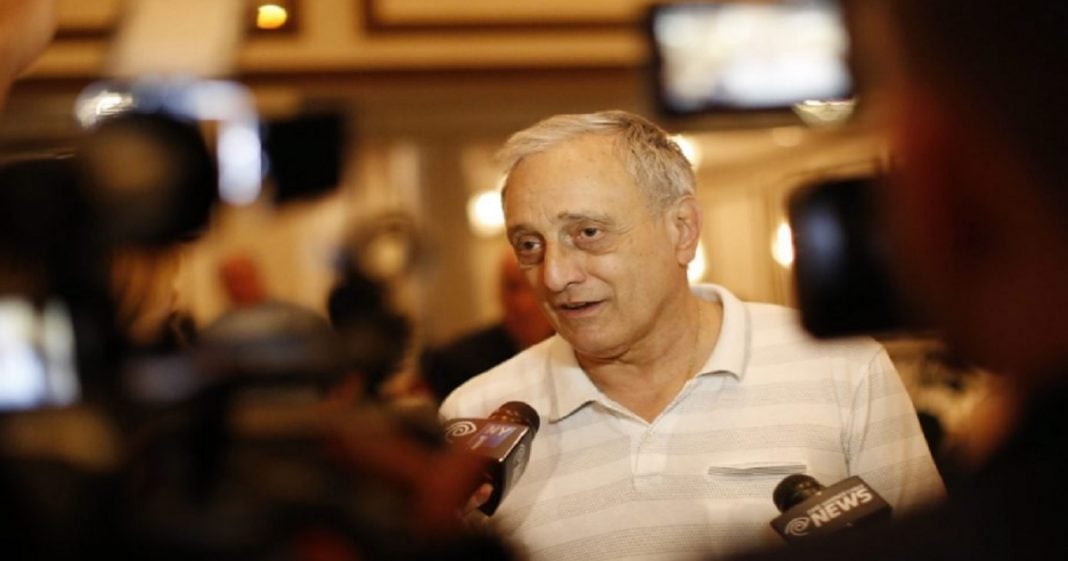 The co-chair of President-Elect Trump’s New York campaign had some appallingly racist things to say about the President and First Lady this week when he was asked about his 2017 predictions.

Buffalo, New York developer and School Board member Carl Paladino responded to a local paper’s question about what was on his 2017 wish list. What he responded with is so deplorable and insane it will have you wondering if he copied it straight from a YouTube comment.

“Obama catches mad cow disease after being caught having relations with a Herford. He dies before his trial and is buried in a cow pasture next to Valerie Jarret, who died weeks prior, after being convicted of sedition and treason, when a Jihady cell mate mistook her for being a nice person and decapitated her.”

When asked a follow-up question, Paladino extended his horrific prediction to the First Lady as well:

“Michelle Obama. I’d like her to return to being a male and let loose in the outback of Zimbabwe where she lives comfortably in a cave with Maxie, the gorilla.”

Paladino’s remarks were so unbelievable that journalists later contacted him to confirm that the quotes attributed to him were real. He was so offended that they would dare to ask, but confirmed that he had said the quotes.

“Yeah, I’m not politically correct. They asked what I want and I told them.”

Outside of his role in the Trump campaign, Paladino serves on the school board, and members of his community are extremely uncomfortable that a man with such racists views has the opportunity to work closely with and influence children.

The man should be removed from his post immediately, lest we continue the slow spiral into overt and appalling racism.