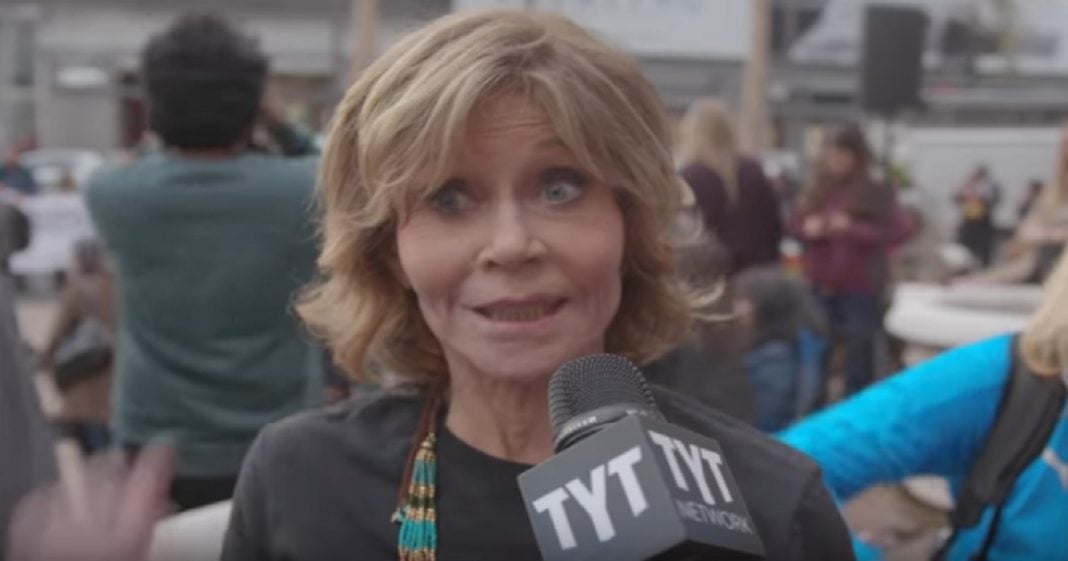 Just days before the holidays, Jane Fonda joined a political movement in support of the NoDAPL protests by heading to Wells Fargo to close her account.

On December 21, the actress, writer, and activist celebrated her 79th birthday by supporting Standing Rock and joined a large protest, the destination of which was a local Wells Fargo branch. Fonda, who had been contemplating closing her account for some time decided that it would make the biggest statement to do so during the protest.

Unfortunately for Fonda, the bank had advance notice of the group’s arrival and blocked Fonda’s entrance.

Speaking with TYT Politics, Fonda said that she was motivated to take part in the protest because it was being held on her birthday, and on the Winter Solstice.

Fonda’s actions are in line with recent political moves by opponents of the pipeline who have moved to remove their money from corporate banks who fund the Dakota Access Pipeline and others like it.

Advocates urge supporters to close their big bank accounts and move to smaller, customer-owned credit unions in order to make a political statement.

As the Dakota Access Pipeline struggles over the massive amounts of money they lost to the ongoing protest, the willingness for banks like Wells Fargo to participate in these corporations’ activities is vital. Without their massive cash flow, piplines like the one in North Dakota would have no chance.