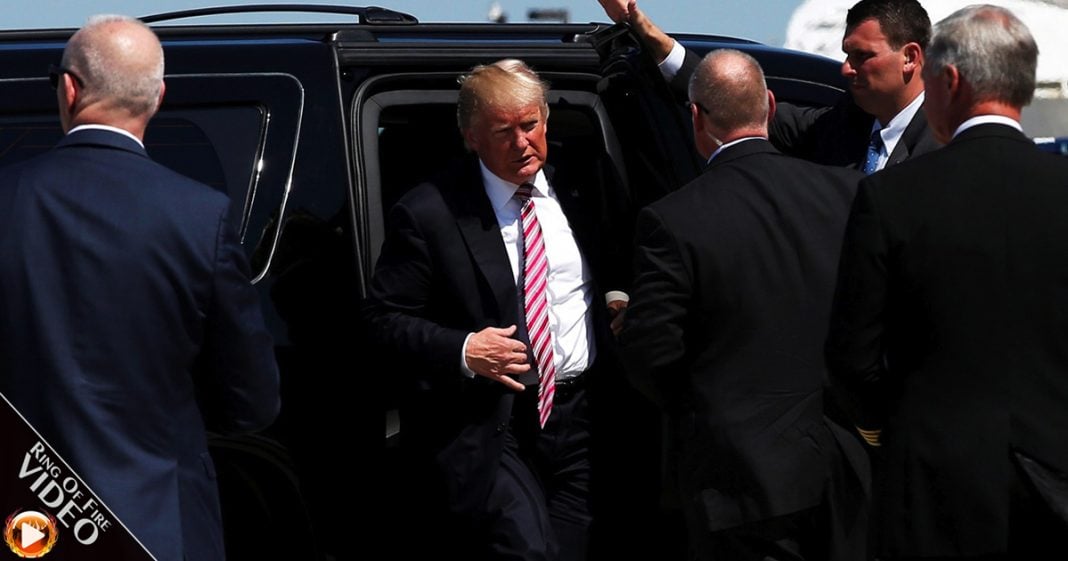 Donald Trump announced that he plans on retaining his private security forces, in addition to his Secret Service protection, when he gets sworn in, and the only logical explanation could be that he wants to use his private goons to squash dissent and protests. The Ring of Fire’s Farron Cousins discusses this.

Essentially, the reason Donald Trump wants his private security to remain on the payroll is because he wants to squash dissent. He doesn’t want to encounter anyone who disagrees with him and while the Secret Service is only there to protect his life, the private security firms are there to protect Donald Trump’s fragile ego from ever having to encounter someone who doesn’t like him.