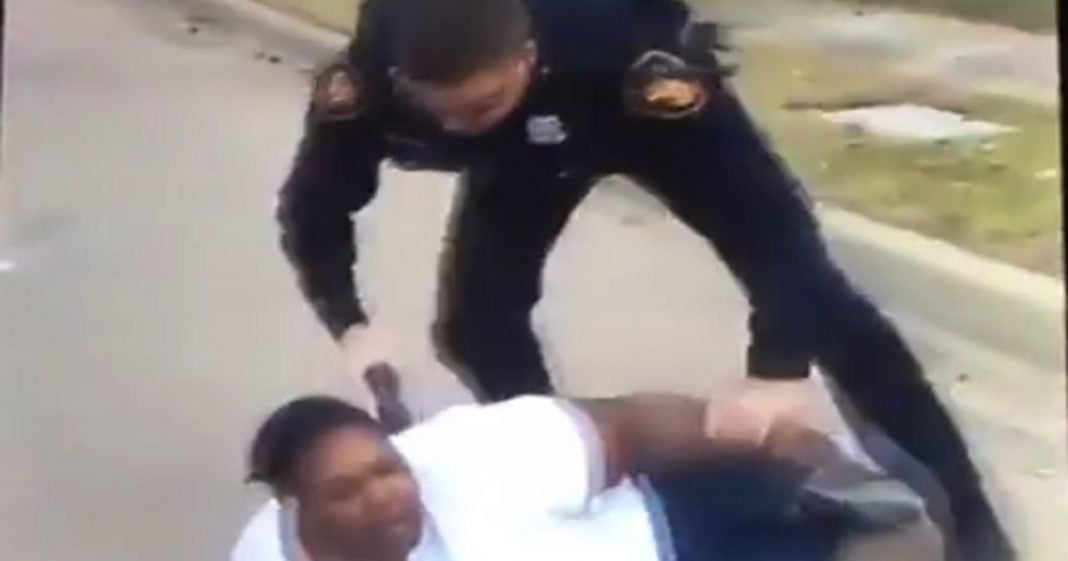 In a story that appears to be still being pieced together, a video captured a Fort Worth, Texas police officer acting with extreme racial prejudice when responding to a call about the assault of a child by a male adult.

Jacqueline Craig was apprehended and arrested by the police officer who insulted and threatened her though the video shows she did not act in a way which would explain the use of force.

Craig was trying to explain the nature of the event that prompted the officer’s visit in the first place. Craig said that her white male neighbor had threatened her 8-year-old son and choked the child for littering. Craig said that if the neighbor had had a problem with the child, he could have come to her rather than resorting to violence.

In response to Craig’s calm explanation of events the officer asked Craig why she hadn’t taught her son “not to litter.”

Craig became understandably angry at this point, and when she raised her voice and said that what she taught him shouldn’t matter and that an adult should never put his hands on a child, the officer began to escalate the situation. The officer told the woman that if she kept shouting, he was going to get angry.

It was at this point that Craig’s daughter stepped in between the officer and her mother, clearly attempting to diffuse the situation and keep her mother calm and out of trouble. The officer sprung into action and began throwing Craig and her daughter around. He threatened both with a taser gun and cuffed both women.

While half of America dismisses the idea that police violence has anything to do with race or racism, it is as clear as day in this despicable video.

The Fort Worth Police Department’s Internal Affairs Division has announced that they will release a statement later today on the video and incident.