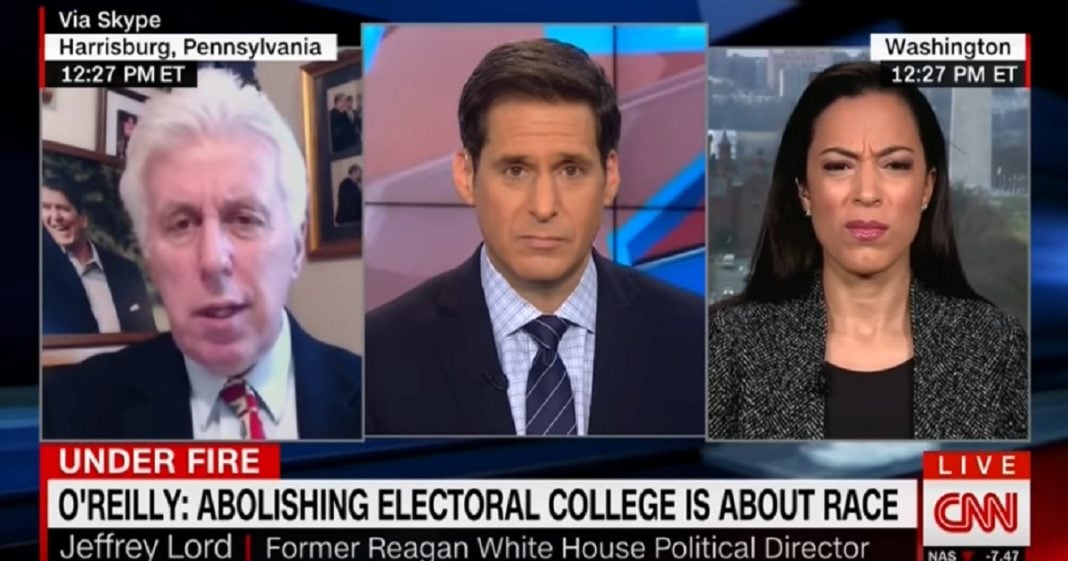 While old white men like Bill O’Reilly and Jeffrey Lord lament criticism of the electoral college as an attack on the good old days, CNN commentator Angela Rye appeared on the network on Wednesday to set the record straight.

Discussing the Democratic party, infamous Trumpkin Lord said that the left-wing party is “obsessed with race.”

Of course, here, Lord is simply reverting to the weakest argument against the Democratic party. The party that embraced segregation and slavery is clearly not the same party that now fights for racial equality and justice. To conflate the two is to erase centuries of history.

Rye responded to Lord the best way anyone could: with scornful confusion. She then launched into a well-phrased condemnation of Bill O’Reilly and his lamentation about the goals of the Democratic party to eliminate white supremacy.

“As it relates to Bill O’Reilly, what I will tell you very plainly and simply is this: the Electoral College is problematic from its inception and something that was built upon and designed to oppress certain people.

It is okay for us to ask questions, particularly when we know the Electoral College was built upon a system to protect the interests of slave states.We would be remiss if we did not acknowledge that horrible history.”