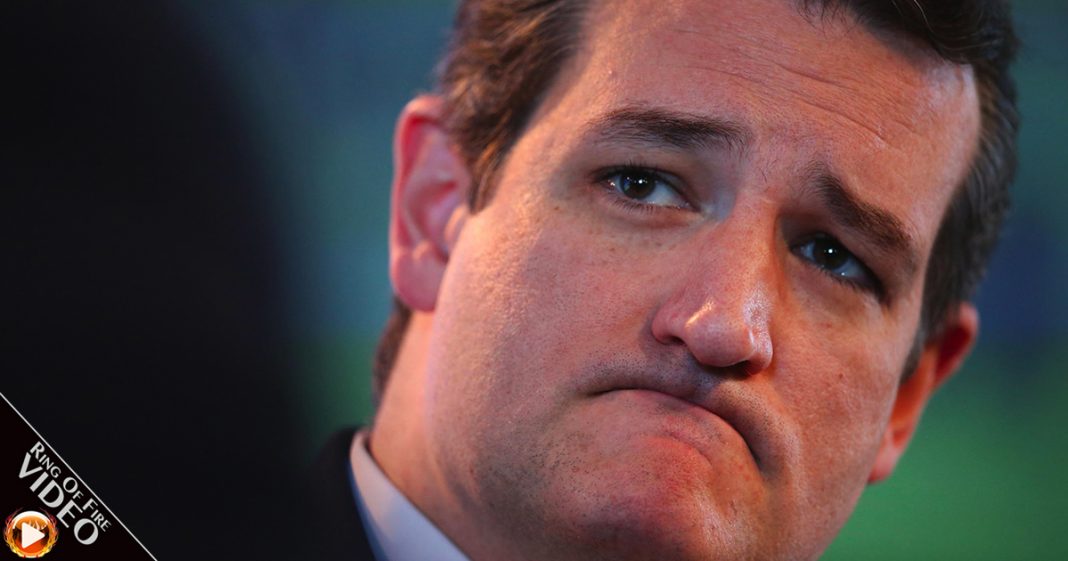 Ted Cruz is terrified of the Democratic minority in Washington, D.C., and he recently warned about the dangers of the left’s predicted obstructionism during the Trump years. He should be afraid, and the Democrats should do the same thing the Republicans have been doing for the last 8 years in order to preserve our democracy. The Ring of Fire’s Farron Cousins discusses this.

Just when you think things can’t get any worse in the year 2016, along comes Ted Cruz to take us all down just another notch. This past week Ted Cruz came out concerned about the fact that he fears that Democrats in Washington could be the most obstructionist that we have ever seen in history. Now what Ted Crus doesn’t understand, because he isn’t capable of rational thought or intelligent thinking, is that literally the Senate that he is a part of and the House of Representatives that is right next door to him have been called, the most obstructionist of all time. That’s just not a name they’re throwing around. It’s based on the evidence. No house or Senate had blocked or obstructed more presidential initiatives or Democratic policies than the current people sitting in Washington, D.C.

Furthermore, I hope Ted Cruz is correct. That’s a scary thing to say but I hope Ted Cruz is right and I hope that the Democrats in Washington, D.C become the most obstructionist in the history of the United States. As I’ve said time and time again, there will be nothing good that comes out of either the Trump administration or the Republican controlled House and Senate. Nothing good, nothing that benefits the middle class and the under class, nothing. Every single thing is either going to be to the benefit of wealthy corporations or wealthy citizens of the United States. Yes, Democrats need to block it all. It’s not about revenge, it’s about protecting the 99%. Have we forgotten about that?

I know I get a lot of Liberals who say, ‘Well you can’t just tell Democrats to do that. That’s just not nice. We can’t do what they do because that’s just tit for tat type things.’ Bullshit! It’s what’s necessary to protect our democracy. To protect our environment. To protect the working class and the underclass and people who can’t get by working 2 jobs. That’s what it’s about. It’s not about revenge. It’s about taking care of the american public. Don’t tell me that you don’t think the Democrats in Washington need to be obstructionists because they do. It’s about protection, not revenge. That’s something all Liberals and Progressives and Democrats or whatever label you want to slap on yourself, that’s something you all need to understand. It’s not about vengeance, it’s about protecting this country.