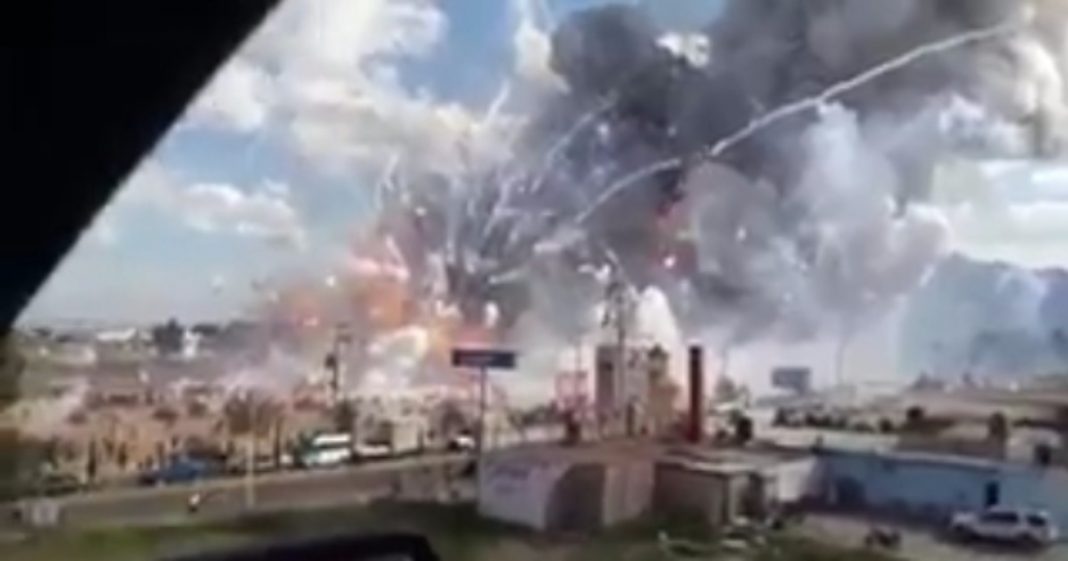 On Tuesday afternoon, a massive explosion injured dozens and killed 31 or more people at a fireworks market in Mexico.

The explosion took place at a fireworks market in the municipality of Tultepec in Mexico, located a few miles north of Mexico city in the southern part of the country. The explosion was caught on camera on Tuesday afternoon at about 2:50 p.m. local time.

Initial reports had no fatalities stated, but forensic investigators have found 31 bodies so far and are still searching for more. Investigators are also searching the charred remains of the market for any evidence of what might have caused the explosion.

The video was captured by friends of Lalo Gonzalez who then shared the video on Twitter.

The video shows massive billows of black smoke as well as frequent explosions as the fireworks were ignited. The smoke created by the explosion can be seen for miles.

Emergency services responded quickly to the scene and began assisting the injured.

Similar catastrophes occurred at a fireworks market in Tultepec back in 2005 and in 2006, though it is not known if that is the same market as the one set off today.

In 2005, the fire was started after a customer set off a firecracker inside the market, and hundreds of stalls had to be rebuilt. The stalls were built to be safer and withstand similar fire events. No deaths were reported from the incident, and only three serious injuries resulted.

The 2006 explosion was deemed a mystery by local officials.

We expect further details as this story develops.