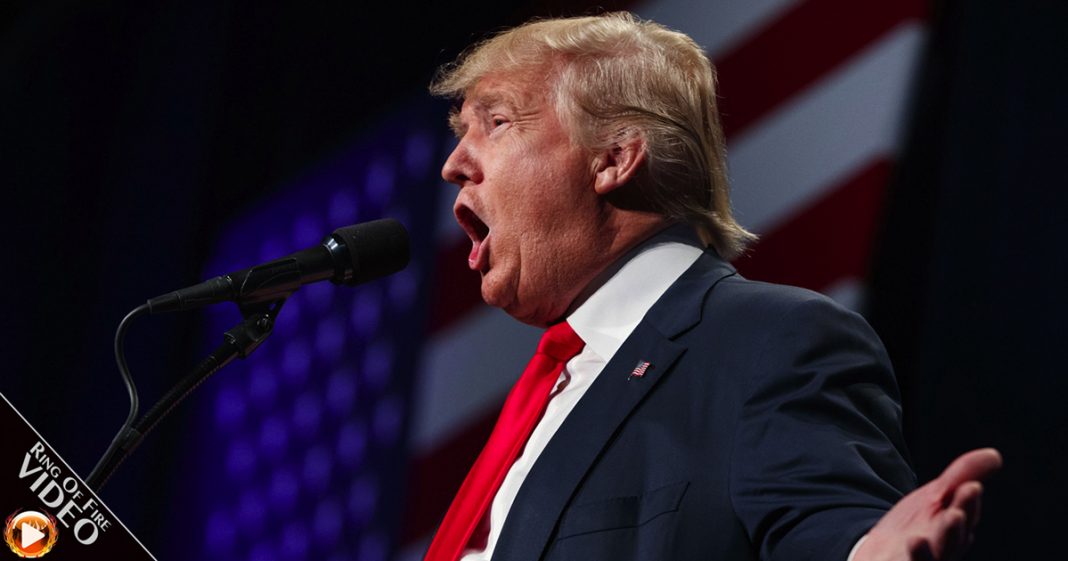 Donald Trump touted his “historic” win Monday night after the electoral college voted, and he’s partially correct about the significance of it – He’s going to be the first sitting president to lose the popular vote by almost 3 million votes. The Ring of Fire’s Farron Cousins discusses this.

The electoral college has voted and it looks like Donald Trump will definitely at this point be the next president of the United States. I know there was a little hope out there that maybe enough Trump defectors would not vote for him, that there’s be some kind of contest that would then go to the House of Representatives, didn’t happen. In fact, most of the people who actually did defect, the defecting electors were actually Democrats who instead of voting for Hillary ended up voting for Bernie.

Regardless, Trump, as he usually does, took to Twitter and touted his historic victory. You know what, he’s actually not wrong. As it turns out, Donald Trump is going to be the first sitting US president to win the electoral college but lose the popular vote by almost three million. There’s never been a sitting president that has lost the popular vote by a larger margin than what Donald Trump lost by. It was historic, a historically unpopular president too, because look at this. He’s still the least popular person ever elected to the office of the president. Yes, Donald, it is historic, but it’s historic because people hate you. It’s historic because the majority of American voters rejected you, yet you still won. That is historic.

It also shows that the electoral college has to go. This is a stupid system that is literally not even doing the one thing that it was designed to do, which was to prevent people like Donald Trump, people only seeking power from getting that power. The electoral college has failed in its original duties. It no longer serves a purpose in the United States. Time for it to go. Donald Trump himself said so back in 2012. I’m sure he doesn’t feel that way today.

Donald Trump coming into office, least popular president so far to ever win the office, right now I think he has lost by anywhere between about 2.8 and 2.9 million votes in the popular vote. Now, I’m not saying Hillary Clinton was robbed here, but in a sense you kind of have to feel that way. Not that I was excited about the prospect of her being president, but when you look at the fact that nearly three million more Americans voted for her than they did for this idiot, you can’t help but feel a little bit cheated on that.