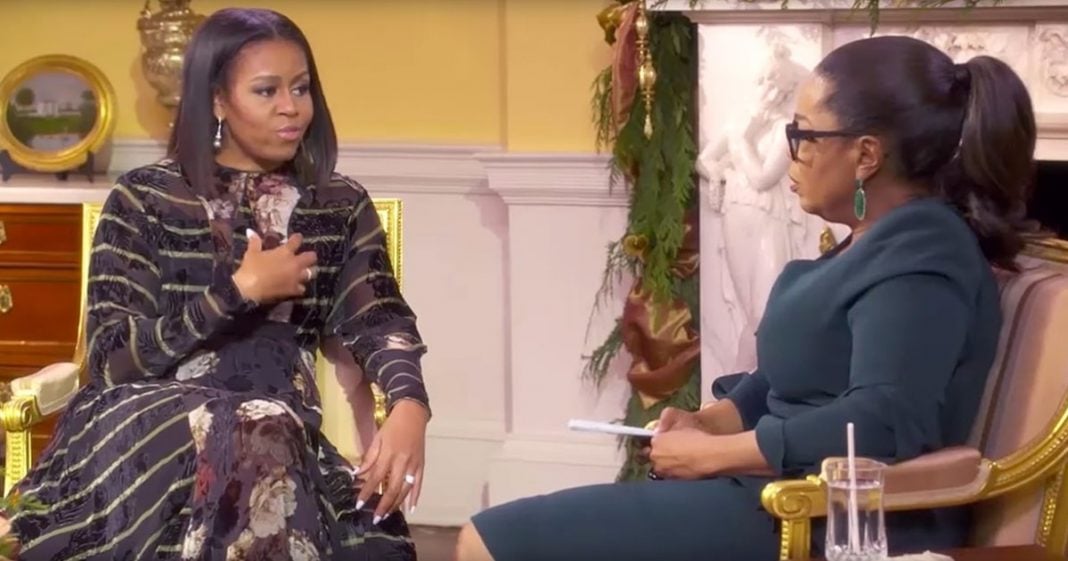 Speaking in a tell-all interview, First Lady Michelle Obama said that possibly her biggest regret from the past eight years was the Obama administration’s inaction regarding gun violence and gun control.

During an interview with Oprah Winfrey which aired on Monday evening, First Lady Michelle Obama reflected on the last eight years, as well as looking forward at what the nation is getting ready to face under a Trump administration.

Mrs. Obama said that she was supremely proud of her husband’s administration, as well as her own roll in the governance of the last eight years, but that something pretty major had slipped through the cracks.

“I wish we could have done something about gun violence.”

Despite speaking again and again in the aftermath of yet another school shooting or violent attack at a Planned Parenthood or nightclub, President Obama was unable to pass any meaningful gun control laws which might curb future gun violence.

“We have spent so much time mourning with so many families. It never gets easy. We went to too many funerals. We’ve mourned too many unnecessary losses of life. And I wish we could have rallied the nation to do something about it… That’s something we didn’t get done.”

Though many wish that Obama could have taken action on this critical issue, the political climate of the time likely would not have allowed it. The only thing that makes fearful, angry “gun-clingers” hold even tighter to their guns is a black president who they believe wants to take their guns away completely.

With that level of misinformation, no minor gun measure could have made its way through.

Even still, Obama was able to make some progress by pushing through a law that closed the gun-show loophole, requiring background checks for private gun sales.

Still, Michelle acknowledges that to the families who have been affected by gun violence, she and her husband’s administration have offered no real solutions to future violence of the same kind.

Now, the Republicans will have control of the entire government for at least the next two years. Any gun violence that happens on their watch will be on their hands, especially as they continue to refuse to implement common-sense laws.