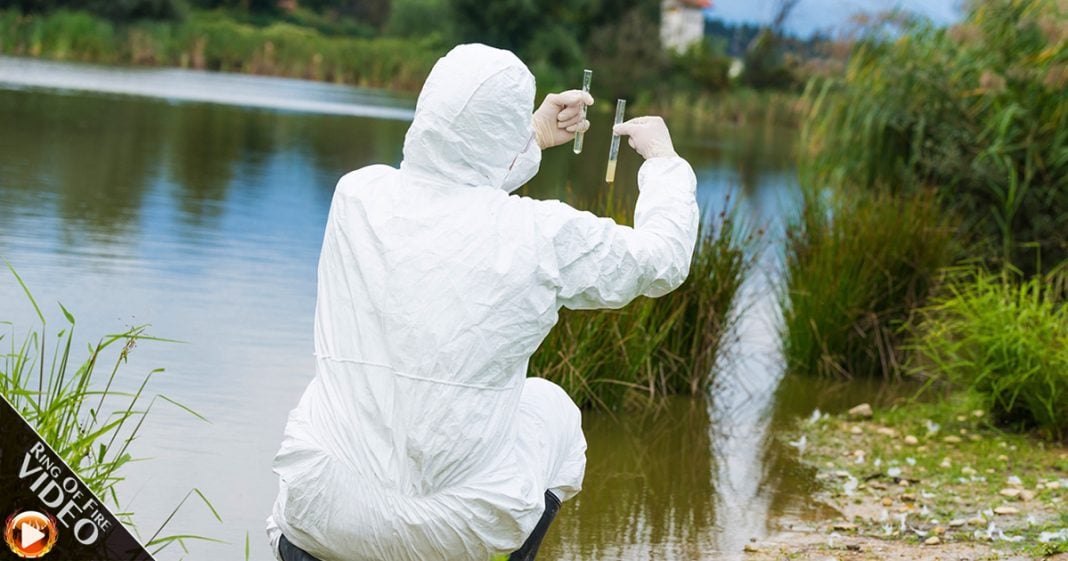 Republicans in the House of Representatives have decided to put an abrupt end to the investigation into the causes of the Flint, Michigan water crisis, and instead they’ve decided to blame the EPA instead. The Ring of Fire’s Farron Cousins discusses this.

Last Friday, President Barack Obama signed a $170 million aid package for the city of Flint, Michigan to help clean up their water infrastructure and finally provide clean drinking water for the residents in Flint. Now, that’s the story that actually made the headlines. What didn’t make headlines till almost a week later was the fact that in the House of Representatives, the committee that had been investigating the failures that led to the Flint Water Crisis decided ‘Screw it. We’re done with this investigation. We’re just going to blame it on the, uh, EPA and call it a day.’ That is what happened.

Republican Jason Chaffetz, who is the chair of that committee decided they’d had enough. They don’t care enough. ‘Screw it. It’s been a long year. We want to go on holiday break. Uh, people in Flint, whatever. We’re done.’ They gave up. They quit and just figured, ‘You know what? Screw it. We’ll blame the EPA. It was the EPA’s fault somehow.’ Listen here, Mr. Chaffetz. We all know what happened in Flint, Michigan. Rick Snyder decided to cut costs to show his Republican voters that, “Look, I can balance the budget because I’m such a smart guy.” He did it by screwing over the residents of Flint, Michigan, by switching their water supply to a dirtier water supply filled with lead. He did this on the advice of a privatized city manager type person. Somebody who donated to Snyder’s campaign, who ended up actually billing the city more for his services than they saved in switching the water of Flint, Michigan. It was Republican government at it’s worst, and that is what caused these problems in Flint, Michigan.

These children who now have unacceptable levels of lead in their body that’s screwing with brain development, that is going to affect them for the rest of their lives. That’s not something that you just flush out of your body and move on with it. This is a life sentence for this people, Mr. Chaffetz. I’m sorry that maybe you’re a little tired, maybe you want to go home and celebrate the holidays with your family, but these people in Flint, Michigan are going to suffer literally till they die. There’s no undoing that. The least you could do is get them some answers or tell them the truth, not to just come out and say, ‘You know what? It was the Environmental Protection Agency. Have a good weekend.’

That’s not how this works. You owe those people answers. You owe the country answers because for Flint, Michigan, that is a life sentence. You know what? There are more than 3,000 other cities in the United States whose water is actually more contaminated with lead than the water in Flint, Michigan. You owe those people answers. I don’t care if you have to work around the clock for the next five years. You owe them answers. That’s your job, and if you’re not willing to do it, then I suggest you step down and make way for an actual grown up who’s going to take this seriously and help protect people in the United States because you’re damn sure not doing your job.