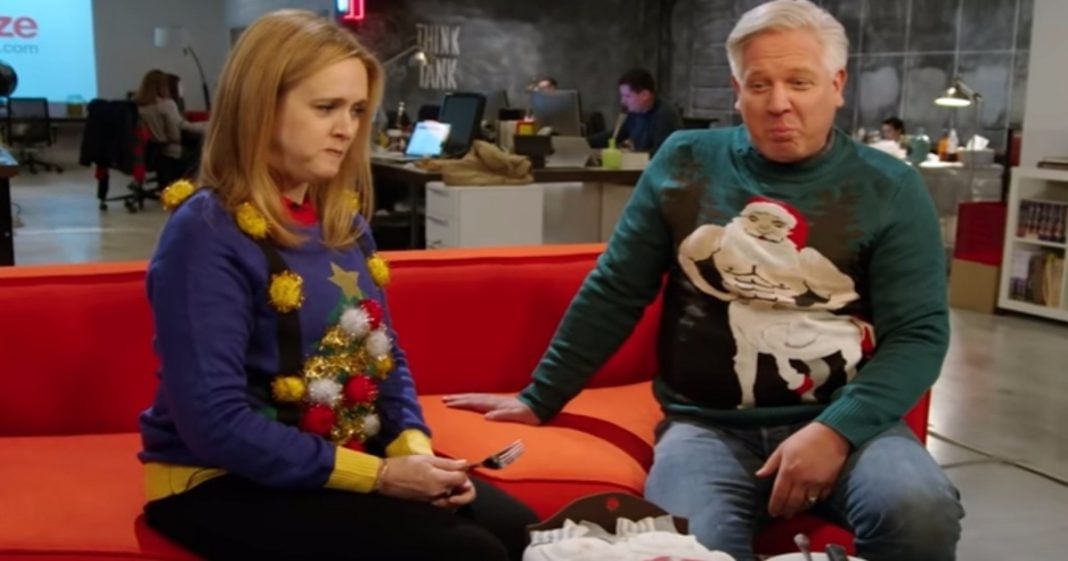 There is nothing more frustrating to see during the moment that our government is shedding its Democratic skin and taking on its new fascist trappings than a Democrat teaming up with the likes of Glenn Beck under the guise of a common enemy.

On Monday’s “Full Frontal,” host Samantha Bee met up with Blaze founder Glenn Beck to discuss their new allyship at the helm of the anti-Trump train. Beck, who is usually representative of the worst that the GOP has to give, has had a bit of a change of heart, and is now seeking to unite with other anti-Trump powers.

But by agreeing to team up with the despicable likes of Beck, Bee and the rest of the Kumbaya Democrats are betraying the entire party and everything it once stood for.

This is especially true considering that those same Democrats who want to play ball with Glenn F*cking Beck take every chance they can get to smear progressive Democrats. They will bend over backwards to reach across the aisle, but won’t walk right next door to pay some lip service to members of their own party.

Yes, our main focus must be opposing and obstructing Donald Trump at every turn, but you cannot embrace a man who claims to have your same goal if he spent his entire political career building the climate in which you are now floundering.

Just because Beck grew a conscience yesterday does not mean that a single Democrat owes him the time of day, much less a fluffy P.R. piece for the man who has simply decided that there is more money in being anti-Trump in 2016.

Bee and the rest of the liberals who would accept Beck with open arms need to take a step back and realize that he is using you. While he rakes in piles of cash from Tomi Lahren’s racialized rants, he gets to appear on network T.V. playing nice with some harmless Democrats who rooted for Clinton.

There is something seriously wrong with the optics here.

If the shoe were on the other foot, a GOP-er would not reach out a hand toward a downtrodden Democrat, so we need to take on a bit more of the aggressiveness of the opposing party and tell the worst of the worst of the GOP to f*ck right off.

It’s not cute or quirky – this is irresponsible and unacceptable, and I am deeply disappointed with Bee for playing this dangerous game.