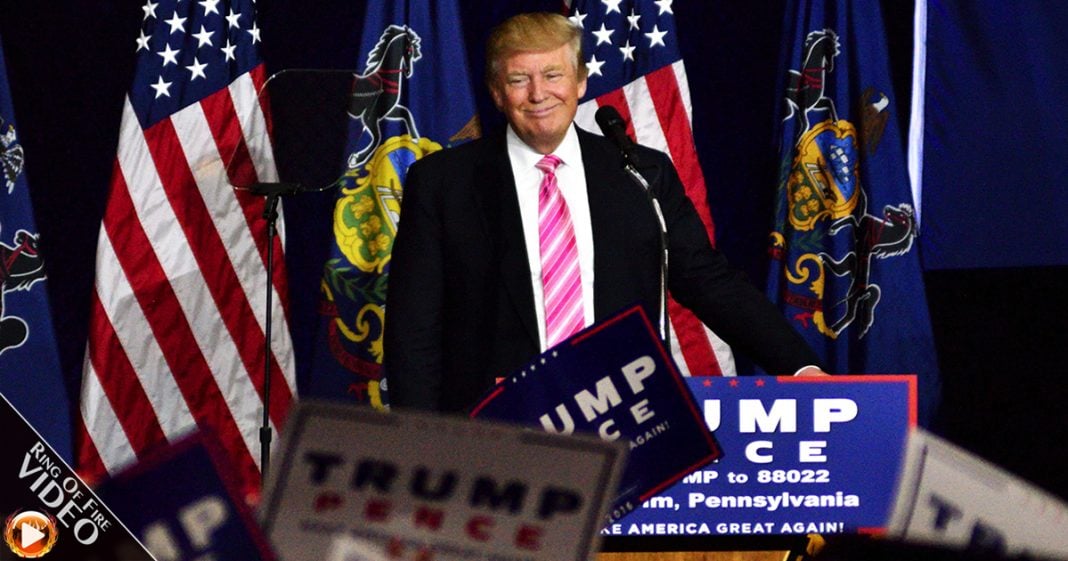 The Democratic Party has done a lot of blaming after the Presidential election in their quest to find out why Hillary lost the electoral vote to Trump, but one of the items that they’ve failed to address – and the one that played the largest role – is GOP voter suppression. The Ring of Fire’s Farron Cousins discusses this.

Ever since November 8th when Hillary Clinton lost the electoral vote but not the popular vote in the general election, the Democrats have been doing a lot of hand-wringing, trying to figure out who they can actually blame for Hillary Clinton’s loss. The latest bogeyman obviously is Russian hackers. They’re saying that that caused Hillary the election, even though when the hack actually happened and the documents were released, they did not blame that. James Comey, misogynist, racist, Bernie Sanders, everything, third party candidates. Now look, there’s some truth to some of those, but really if the Democratic party wants to blame someone for Hillary Clinton’s loss, they need to blame the Republican party, and they need to blame the Republican party’s voter suppression tactics, because it was that which caused Hillary Clinton the election.

Think about this. State of Wisconsin, 41,000 people removed from the voting rolls, because of GOP voter suppression. Donald Trump won the state of Wisconsin by 18,000 votes. Had those 41,000 people been allowed to vote, Wisconsin would very likely be a blue state, and it happened elsewhere. North Carolina, the state of Florida, Ohio, Pennsylvania. All those states kind of ring a bell with their significance in this Presidential election? Voter suppression is what ultimately cost Hillary Clinton the election. More importantly, I guess we shouldn’t blame the Republicans for that. We really need to blame the Democratic party. Voter suppression is something that progressive Democrats, the progressive media have been talking about literally for years. But, the Democratic party itself only seems to care about it for about three months every four years, when it’s too late to actually do anything.

The Democrats have an opportunity right now to get to work trying to repeal or take some of these voter suppression tactics to court, to get them overturned. In fact, most of the time when these voter suppression laws are challenged in courts, they end up getting overturned. But, the Democratic party just isn’t willing to do that. They would rather sit, piss and moan about the fact that they lost an election, rather than actually address the problems like voter suppression. They could be working on it today. I’m sure there’re probably are a few Democrats who actually are, but most of them are not. Most of them don’t care about it. Representative, Senators, they won their election, so obviously voter suppression’s not that bad. It is.

It doesn’t matter if you won or lost. The fact that eligible voters are being denied their basic right to vote, should be enough to make anyone angry, Republican or Democrat. But, the Republicans want to make it harder for Democrats, people of color, to vote. That’s exactly what they’ve done and that is what cost Hillary Clinton this election. The numbers are there to show it. If the Democratic party doesn’t get off their butts right now and start working on that, they’re going to lose the next election too.