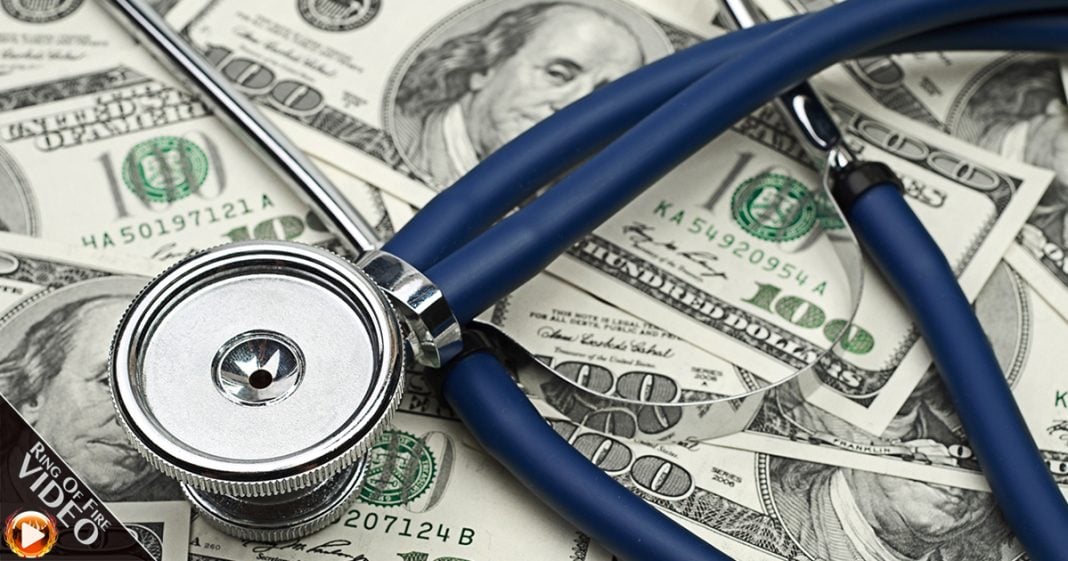 The state of Texas has announced that they will be cutting $350 million from Medicaid services, with most of those cuts going towards health for disable children. The Ring of Fire’s Farron Cousins discusses this.

The state of Texas has officially cut $350 million from the state’s Medicaid program, which is actually going to come out of the budget to help disabled children who can’t afford care in the state of Texas. Now, this cut comes a week before Christmas, and so basically the Republican party in Texas decided that the best Christmas present they can give to disabled children in their state is denying them the care that they need to develop into functioning adults. Here’s the thing, okay. There are 47 providers in the state of Texas, facilities relying on Medicaid funding to help children with autism, to help with speech therapy, Down syndrome, things like that. Because of this budget cut, 12 of those 47 facilities are going to shut down.

Now, states are allowed to spend their Medicaid money in whatever way they wish. Some of it is funded by the state. Some of it is funded by the federal government. Now, in this instance, the federal government needs to step in and reallocate that money. Maybe they don’t have it in the budget, you say. Okay. How about we get rid of the $7 billion a year that we give the fossil fuel industry for subsidies, oil and gas companies. They don’t need our $7 billion in taxpayer money. You know who needs it? Those disabled children in the state of Texas who no longer will get care. This cut is already in effect. That care is over, but the federal government, rather than providing more money for states for Medicaid, thinks it’s a better idea to give subsidies to fossil fuel companies. They think it’s a better idea to give tax cuts to the top 1% of income earners. They think it’s a better idea to cut taxes on incomes for people working on Wall Street, to not tax all these high-speed trades.

There’s plenty of money available for both federal and state governments to fund these necessary programs to help kids get the care they need, again, so that they can become functional adults. We’re just not willing to put that money there because the government, and it doesn’t matter if it’s a Democrat or a Republican in charge, or who controls the House or Senate. It’s the same every time. They think it’s more important to give that money to people who are already worth millions or billions. That’s the problem with the United States. We don’t want to help people who actually need help. We want to help people who don’t need a damn thing. The people who like to hide their money overseas so that we can’t even tax that. We give them more money for doing that. Wow. You gamed the system. Here’s your reward. That’s how the federal government and state governments work today.

There are children in the state of Texas who are dependent upon that Medicaid money to get the care that they need. Their families can’t afford it, and we’re not willing to take money away from millionaires and billionaires to allow these kids with autism or with Down syndrome to go get care, to go get checked out, to meet with therapists and try to get better. That says a lot not just about the state of Texas, but it says a lot about the mentality, the morality and the empathy that we have as a United States.